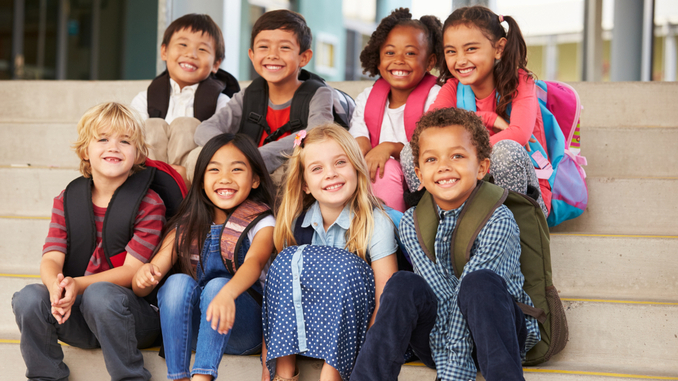 In an apparent response to the push from teachers’ unions to revert to remote learning for at least two weeks if not more, Governor Doug Ducey announced Monday that all of Arizona would continue with in-person learning.

In a thread, Ducey reminded Arizonans of President Joe Biden’s stance on keeping schools open, as well as the past actions of unions striking for higher pay after being promised higher pay. For the latter reference, Ducey was citing his promise of a 20 percent raise.

“IN-PERSON LEARNING WILL CONTINUE IN ARIZONA[.] ‘The science is clear, and overwhelming. We know how to keep our kids safe from COVID-19 in school. K through 12 schools should be open.’ That’s from President Joe Biden. And public health experts agree. Yet union leaders are telling parents to prepare for remote learning. It shouldn’t come as a surprise, this is the same union that encouraged a teacher strike well after a teacher raise was proposed. Once again, teacher unions are playing political games with no regard for the social and emotional impact on our kids. Parents shouldn’t stand for it — and will remember these antics at the ballot box. And at the state level, we’ll be working to ensure in-person learning continues. From recruiting more substitute teachers, to ensuring that if a student is turned away for even one day of in-person learning, parents have a choice and the resources to take their child to a school that better meets their needs.”

Twitter tagged the following warning to the governor’s thread: “Some conversations get heavy[;] Don’t forget the human behind the screen.”

“ANNOUNCEMENT: Getting kids back in the classroom is one of the most important things we can do as we see #COVID19 cases drop and vaccinations underway. A majority of Arizona public schools are already open, and school leaders have demonstrated in-person instruction is possible to do safely. The @CDCgov has laid out a path for every school to open safely. Public health experts nationally have spoken about the importance of getting kids back in school. In Arizona, teachers have been prioritized for the vaccine, and many school districts are reporting that nearly all of their educators have received both doses. Today, I’m issuing a new Executive Order. It requires public schools to get back to teacher-led, in-person instruction by March 15, or after Spring Break. I know not every parent feels comfortable sending their kids back to school. So virtual learning will continue to be an option for those families. But many do want to go back, and this will require schools to provide that opportunity. The science is clear, and so are the social and behavioral impacts. It’s time to get kids back in the classroom. I’m confident that Arizona has made better progress on this to date than many other states, and today’s action will speed up that process even more.”

According to the Occupational Safety and Health Administration (OSHA) at the time of this report, there have been 1861 reported workplace fatalities from COVID-19. OSHA issued an Emergency Temporary Standard (ETS) requiring employers to report employees that were hospitalized or died from COVID-19, “regardless of the amount of time between the exposure to COVID-19 in the work environment and the death or in-patient hospitalization.

These OSHA reports are given within eight hours of a fatality, or 24 hours of a hospitalization.