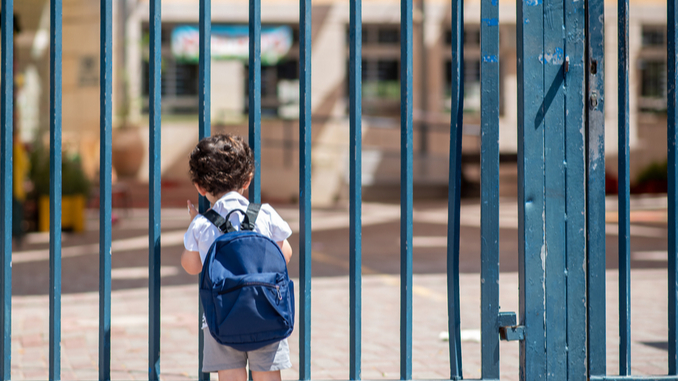 Arizona educators have a new resolution to kick off 2022: a return to remote learning and school closures, with the struggle over school funding placed on the backburner temporarily. Teachers unions are calling for schools across Arizona to hold off on in-person learning for another two weeks due to the holiday spike in COVID-19 cases.

Arizona Daily Independent reported on a key player in the push to pause in-person learning: Rebecca Garelli. She was also a critical player in the establishment of RedforEd, a teachers union activist movement, and a founding member of Arizona Educators United (AEU), a local affiliate of the National Educators United (NEU). AEU’s domain is defunct currently, though their Facebook page remains active.

Garelli encouraged people to sign onto a letter from NEU to delay school openings for another two weeks.

The letter was published the same day AEU published the results of a “Return to Safe Schools” survey by RedforEd to determine support for school reopenings.

The Arizona transplant came from Chicago, where she made tens of thousands more — at least about $12,800 more —while working as a middle school math and science teacher in Chicago Public Schools (CPS) than she has in Arizona. According to open records, Garelli made around $80,800 a year as a middle school teacher and for three years an additional estimated $7,400 as a CPS consultant, then $69,000 with the Arizona Department of Education (ADE).

The unionists’ timing this year to strong-arm a halt on returning to classrooms wasn’t novel. Last New Year’s Eve, Garelli suggested educators take coordinated “sickouts” and “other actions” on behalf of NEU.

This year, Garelli promised that she wouldn’t be sending her children to school “anytime soon” due to the increase in COVID-19 cases.

Garelli, Thomas, and Dylan Wegela led AEU, which oversaw and organized the RedforEd movement. Noah Karvelis — a Littleton Elementary School District (LESD) music teacher quickly appointed as president of the Littleton Education Association (LEA), a local AEA affiliate, and AEU co-founder — told the Shanti Journal in a 2018 spotlight interview that RedforEd started as a Twitter exchange between him and Thomas. That interview has since been removed from the journal’s website.

“RedforEd is a movement to increase funding for education in Arizona. The primary goal is to restore the $1.1 billion in education funding cuts. It all started with a tweet between myself and Joe Thomas discussing what the climate among educators in Arizona was like,” stated Karvelis. “Ultimately, we decided to have me start a RedforEd day.”

December of 2020, the NEA claimed that mitigation measures like remote learning were far more important than the effects they had on schoolchildren. The association claimed that the children were “resilient.”

“Yes, it’s been difficult. There is learning loss. There are social-emotional challenges. In some cases, there is sickness, economic hardship, or trauma,” wrote the NEA. “But students are extremely resilient.”

Last October, the American Academy of Pediatrics declared that the current state of youth mental health qualified as a national emergency.

“[I]t’s on adults to recognize that our highest responsibility to children and youth is to lift up their needs; equip them to be physically, mentally and socially healthy; and give them a chance, at long last, to thrive,” wrote the two officials.