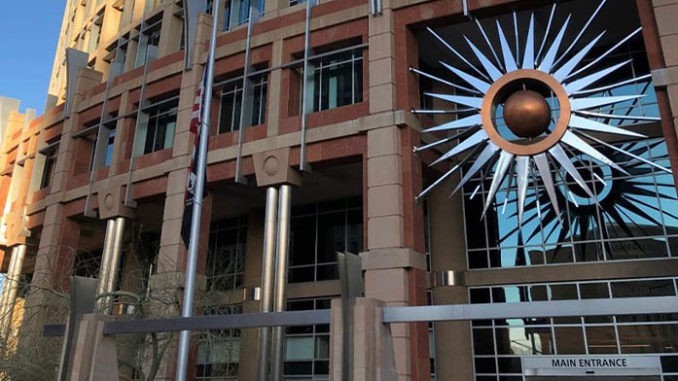 The Phoenix City Council was scheduled to discuss their vaccine mandate during a policy session on Tuesday. Since the city announced the mandate’s suspension shortly before the meeting took place, officials instead modified the agenda item to showcase how well the city had handled the pandemic, the timeline of events preceding the mandate, and an explanation why the city classified itself as a federal contractor.

City Manager Jeff Barton offered a prelude to the presentation by insisting that the mandate was decided upon for the greater good.

“The January 18 vaccine mandate was not a city of Phoenix mandate. It was a federal mandate passed onto the city via executive order and with today’s ruling our city has halted implementation,” emphasized Barton. “Our fight against COVID-19 has forced us to be creative and innovative with our service delivery, and at times has forced us to make extremely difficult decisions as public servants for the greater good.”

Barton added that city administrators were “extremely flexible” with their COVID-19 policies for employees throughout the pandemic.

“I value their right to personal choice, religious freedom, and other convictions. But I also have an obligation to ensure the city operates within state and federal laws,” said Barton.

A week after the city announced their mandate, Councilman Sal DiCiccio called for a public vote on the mandate. DiCiccio said that the mandate would only strain further an already critically manned first responder force.