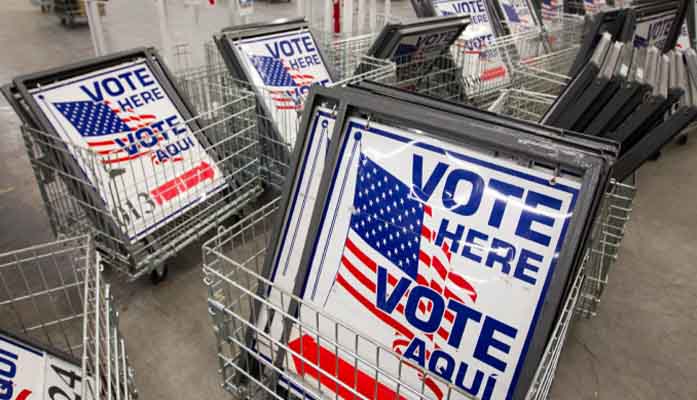 Invest in Arizona, a campaign to have voters overturn three Senate bills via a ballot referendum, failed a signature review for at least one of their efforts in their three-prong approach: the ballot to overturn SB1783. The Secretary of State’s attorney, Spencer Sharff, shared this information during oral arguments Friday in the case Arizona Free Enterprise Club, et al. v. Katie Hobbs, et al. (CV2021-011491). The campaign reportedly turned in over 123,500 signatures, but only 100,300 were valid. Signature reviews for the other two are underway.

Invest in Arizona characterized SB1783 as a “direct attack” on Prop 208, the ballot initiative passed last year to accrue more educational funds by imposing an additional 3.5 percent surcharge on taxpayers with an annual income over $250,000 for those filing individually or $500,000 filing jointly.

“It gives wealthy individuals a new loophole to use to avoid paying taxes,” claimed Invest in Arizona.

A ruling is pending in the case, which named both Invest in Arizona and Secretary of State Katie Hobbs as defendants. The plaintiff, Arizona Free Enterprise Club, argued that Invest in Arizona’s referendum would violate the state constitution.

“The Arizona Constitution even provides that legislative actions ‘for the support and maintenance of the departments of state government and state institutions’ may not be the subject of a referendum,” asserted the group. “And as our complaint contends, these provisions ‘provide for, and directly relate to, the generation of revenues that are remitted to the general fund and appropriated to various agencies, departments and instrumentalities of the state government.’ That means they are not referable. It also means that [Hobbs] must refuse to accept for filing, verification, or certification any petition in support of these three referendums.”

As AZ Free News reported, out-of-state donors gave millions to Invest in Arizona. One of their principal donors, the National Education Association (NEA), donated over $2.4 million, $30,000 of which Invest in Arizona refunded. The NEA has come under fire by its state associations and the nation at large after it submitted a letter to the Biden Administration requesting parents and community members protesting or getting involved in school board operations be investigated for domestic terrorism.

Just days later, the Biden Administration heeded the NEA’s request. Attorney General Merrick Garland issued a memo directing the FBI and local agencies to investigate the NEA’s claims. It appears that the NEA was comfortable with reaching out for Garland’s assistance: they submitted formal letters of endorsement on behalf of his appointment earlier this year.

In August, the Arizona Supreme Court found that the majority of Prop 208 was “likely unconstitutional,” but remanded the case to a lower court. The justices determined that the constitutionality of the proposition wouldn’t be evident until revenue is accrued: that is, if Prop 208 exceeds the state constitution’s limits on education spending. If the trial court agrees with the supreme court’s assessment, then Prop 208 would be struck down.