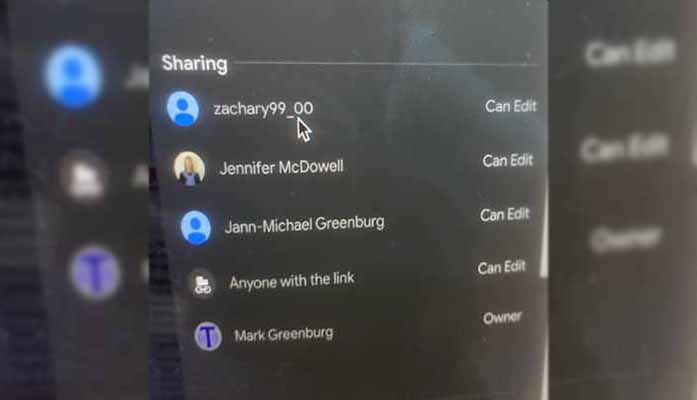 According to the special meeting agenda released on Saturday, the Scottsdale Unified School District (SUSD) Governing Board will consider the election of a new board president in addition to the resignation of their president, Jann-Michael Greenburg, in tonight’s meeting. This latest development comes on the heels of the discovery of a secret Google Drive dossier on parents and other political enemies compiled by Greenburg’s father, Mark Greenburg. It appears from the nature of some of the dossier’s contents that the younger Greenburg may have been aware of the dossier, if not complicit.

Apart from their consideration to remove Greenburg from his presidency and the board entirely, SUSD announced they are investigating a separate issue: whether Greenburg used SUSD resources to access or create the dossier.

The Greenburgs aren’t the only focus of parents and community members’ ire. Some of the victims are alleging that Superintendent Scott Menzel as well as Board Members Zach Lindsay and Julie Cieniawski were equally complicit in the dossier. These allegations come from the original discovery of the dossier by one of the victims, who received a screenshot of the dossier from Jann-Michael in an email also sent to Menzel and Cieniawski. Access permissions were given to Lindsay’s account name, “zachary99_00,” along with Jann-Michael’s account. Mark Greenburg apparently also updated access permissions to allow anyone who had the drive link to access the dossier.

Amy Carney, a Scottsdale mother of five, asserted that SUSD has failed to protect its families.

“Jann-Michael Greenburg is not the only one who must resign from the Scottsdale Unified Governing Board for his bad behavior and involvement in the secretive digital dossier kept on parents and community members. Fellow board members Zach Lindsay and Julie Cieniawski, along with Superintendent Scott Menzel, were also privy to the Greenburg’s Google Drive and must be held accountable for their failure to protect SUSD families,” said Carney. “[Cieniawski and Menzel] were recipients of the email from Greenburg containing the screenshot of the Google drive address and folders. In a subsequent email response, [one of the mothers named] Kim Stafford brought the Google drive to their attention, saying, ‘[T]he fact that you have a Google drive folder with my name on it is, on the one hand, fascinating, on the other disturbing.’”

The dossier has become more than a localized incident between a school board member and parents: law enforcement are also investigating. Scottsdale Police Department (SPD) said in a statement on Saturday that they are looking into the dossier.

“The Scottsdale Police Department is aware of the allegations against Scottsdale Unified School District President Jann-Michael Greenburg,” stated SPD. “We are conducting an investigation into the matter and will report our findings once it is complete. Anyone with information regarding the case can contact the Public Information Office at (480) 312-5562.”

The board announced the meeting immediately following news of the dossier’s existence.

SUSD’s special meeting will take place at 6 pm in the administration building. Members of the public are welcome to attend in-person, or they may watch the meeting live-streamed on YouTube.