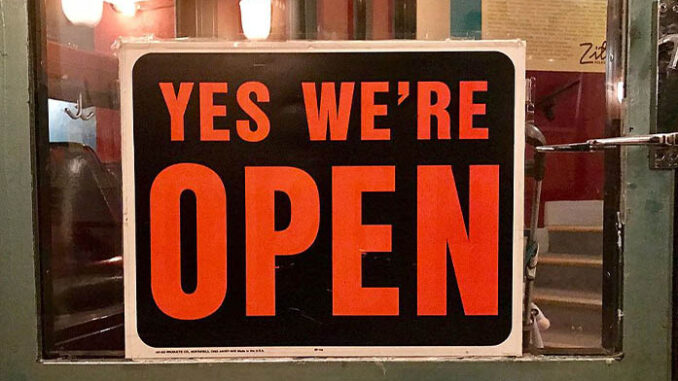 Tuesday’s announcement by the U.S. Department of Homeland Security that non-essential travelers will be allowed to enter the United States via land and ferry Ports of Entry (POEs) starting sometime next month if they present “appropriate documentation” of being fully vaccinated for COVID-19 is welcome news for businesses and communities across Arizona.

“Cross-border travel creates significant economic activity in our border communities and benefits our broader economy,” U.S. Homeland Security Secretary Alejandro Mayorkas said in a statement, which did not include an effective date other than sometime in early November.

In 2019, Mexicans were estimated to have spent about $1.4 billion in Arizona. While Mayorkas called the travel of tourists and others who come to Arizona for various reasons “nonessential,” many business owners around the seven CBP Ports of Entry in Arizona say the revenues associated with regulated crossing is anything but.

“Taking this step to welcome vaccinated tourists will be an essential push to strengthen all border communities that heavily rely on international commerce,” according to the Nogales-Santa Cruz County Chamber of Commerce, which noted the county’s economy has been “heavily impacted” by the travel restrictions.

Those COVID-19 travel restrictions at POEs were initially put into effect in March 2020 as a public health measure. Essential travel -medical, educations, employment- was later allowed but President Joe Biden has continually extended the non-essential travel ban, despite data showing the ongoing closure was decimating the economies of Arizona border communities.

Critics also pointed to the fact that air travel between the two counties has been allowed for months. Mayorkas’ announcement, which also applies to POE access into the United States from Canada, came just days before an Oct. 21 deadline on non-essential travel was set to expire.

The irony of the White House announcement, however, has not been lost on one Arizona business owner.

Meanwhile, the Biden Administration’s refusal to fully reopen the Ports of Entry to land travel before now is having an unexpected beneficial impact for one group.

The Douglas POE in Cochise County is an economic driver in a community controlled and governed by Democrats for decades. But according to Robert Montgomery, the devastating economic impact of the non-essential travel restrictions has been a boon for the Cochise County Republican Committee.

Montgomery, chairman of the CCRC, told AZ Free News that many “very frustrated lifelong Democrats” have been checking out the Republican platform. And they like what they see, particularly on the issues of abortion, gun rights, and illegal immigration, Montgomery said.

This is resulting in more Conservatives getting involved in local public office, from school boards to the city council, and Montgomery says the list of Republican precinct committeemen is growing.

He added that the transition from blue to red voters in border communities “is not unique to Cochise County; it’s happening across southern Arizona and the southwest U.S. border,” he said.