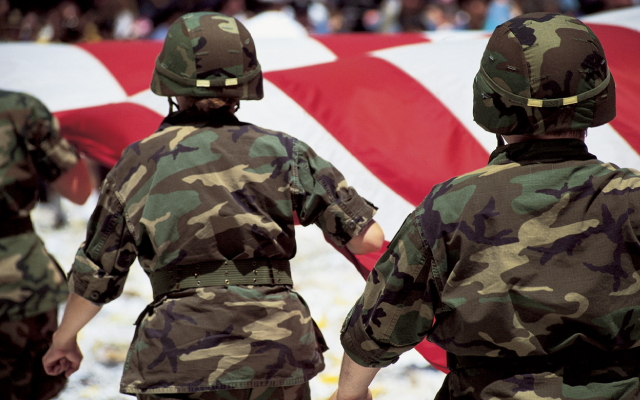 An audit revealed that the Arizona Department of Veterans Services (ADVS) failed to fulfill a number of key responsibilities. Major issues included a mismanagement of around $88,000 in funds, as well as violations of conflict-of-interest and open meeting laws. The Arizona Auditor General Lindsey Perry published the report at the end of last month.

Department and Commission met some statutory objectives and purposes, such as providing benefits counseling assistance to veterans and policy advice to the Governor, but Department did not comply with several Veterans’ Donations Fund grant award and monitoring requirements or use Gold Star Family revenues to maintain the Enduring Freedom Memorial and the Commission did not comply with some conflict-of-interest and open meeting law requirements.

The audit found that ADVS had accrued around $43,000 in funds meant to update the Enduring Freedom Memorial, which recognizes Arizona’s service members killed or injured in Operation Iraqi Freedom. According to the report, none of the funds were used. The memorial hadn’t even been updated to reflect all service members’ names since 2013: 3 years after the memorial was established.

Just before the COVID-19 outbreak, State Senator Kelly Townsend (R-Mesa) issued a press release indicating that ADVS wasn’t updating the Enduring Freedom Memorial. Townsend said that the families contacted her in the fall of 2019 about the issue. In response, she pushed for language in the budget that would offer more fund sources for ADVS to update the memorial.

Townsend remarked to AZ Free News that this audit confirmed the Gold Star Families’ suspicions. She added that she was grateful that the budget included her language to provide more funds for the memorial.

“One of the key findings of a just-completed audit of the Arizona Department of Veterans’ Services by the Auditor General confirms that the Department had not used more than $43,000 in Gold Star Family specialty license plate revenues to maintain the Enduring Freedom Memorial,” said Townsend. “Fortunately, I worked hard to make sure language was included in the budget to allow the Department of Administration to use money in the State Monument and Memorial Repair Fund to update the memorial.”

The remaining $45,000 that ADVS mismanaged came from uncollected payments from the Arizona American Legion. ADVS rendered has given veterans’ benefits counseling services to the legion since 2014. According to the audit, ADVS failed to collect $45,000 in payments from 2019.

The audit also found that ADVS made a faulty contract with the Arizona American Legion. ADVS agreed to an indefinite contract, State Procurement Code limits state agency contracts to 5 years unless the department head includes a written justification for an extension. Furthermore, the contract required legion payments to be remitted to the Veterans’ Donation Fund rather than the State General Fund, though the legion payments didn’t qualify by statute as gifts, contributions, or other public donations.

As for open meeting law violations, the audit revealed that 4 of the 8 meetings they sampled failed to have minutes posted within 3 working days, and 1 meeting which wasn’t posted about 24 hours in advance.

In summary, the auditor general recommended that ADVS comply with the laws on grant management, conflicts of interest, and open meetings; spend the $43,000 in Gold Star Family specialty license plate revenues to maintain the Enduring Freedom Memorial; and collect the $45,000 owed by the Arizona American Legion while reviewing the need for that contract.

At length, the audit did note a number of other issues. These included inadequate safeguarding and exceeding award limits of relief fund monies; noncompliance with legal requirements for awarding and monitoring large and small Veterans’ Donations Fund grants; failure to retain required, proper supporting documentation for some transactions; and noncompliance with Arizona Strategic Enterprise Technology Office (ASET)-required information technology (IT) policies and procedures.

The audit did commend ADVS for assisting nearly 40,000 beneficiaries in receiving around $56.6 million average in monthly compensation and benefits.

According to the state, Arizona has around 504,000 veterans.