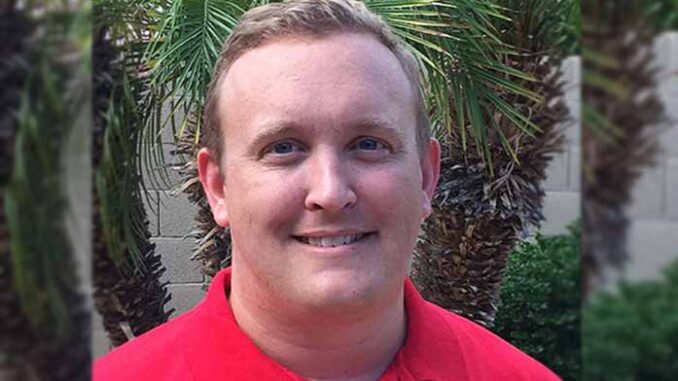 Amid the turmoil of the Biden Administration’s Afghanistan Crisis, civilians are stepping up to save the lives of American citizens and Afghans who assisted our country throughout the war. State Representative Steve Kaiser (R-Phoenix) is one of those civilians.

AZ Free News reached out to Kaiser after obtaining his press release asserting that President Joe Biden and Vice President Kamala Harris bore the blame for the Taliban’s takeover. In that statement, Kaiser mentioned Afghan nationals he’d befriended who were still in Afghanistan. We reached out to Kaiser to elaborate; it was then the representative revealed that he and others have been busy with extraction efforts for those Afghans who served alongside American soldiers.

Kaiser explained that this effort began when he received a message from one of the Afghan nationals he’d befriended, following the Taliban takeover.

“We have two interpreters that we worked over there that were still over there when all this started. I was Facebook friends for a lot of years with one of them. He was always in Kabul – he’s got kids now and is married,” explained Kaiser. “When all this fell apart, all of a sudden he was emailing me[.]”

At that point, Kaiser and fellow service members reached out to Congressman David Schweikert (R-AZ-06) and some active duty members for help. In the meantime, the coalition got to work pulling together the special immigrant visa paperwork necessary.

“I’m definitely just working as a civilian through a congressman. That’s my only lever right now,” said Kaiser. “We’re lucky that some of us that were in the unit together have stayed in the military.”

As of this publication, the Afghan national and his family have made it safely to the U.S.

However, their coalition’s work isn’t done. This week, another Afghan ally reached out to Kaiser.

“I got a phone call and I saw on the phone the caller ID that it’s from Afghanistan. I normally wouldn’t answer in the middle of a meeting, but I did,” explained Kaiser. “[It was] another interpreter stuck in Kabul with his family. You could hear the fear in his voice[.]”

Kaiser explained that these people they’re saving aren’t just attempting to get to America – they’re those who fought alongside American soldiers, making the difficult decision to leave their homeland for the safety of themselves and their families. He emphasized that this is the purpose of asylum.

“These are people that are friends and stood next to us in a warzone and are hunted actively for standing with us,” explained Kaiser. “There are people being disparaging about this – calling them the ‘unwashed masses.’ I can tell you – there’s ten Afghans coming to Arizona. Five of them are from two different families and four are individual males. They all had special immigrant visa paperwork – there’s a lot that goes into [that paperwork]. These are people who have special immigrant visas, who are already people who worked alongside us [in the military]. These are people that stood next to us, faced death and dismemberment and are now being hunted. They deserve the same respect as our service members.”

Kaiser explained further that the Afghan nationals, such as the interpreter currently needing help, were the ones who ensured the safety of American soldiers.

“These interpreters kept us safe. They didn’t just translate for us. They were cultural advisors, they were local nationals from Kabul [who] grew up in Afghanistan,” said Kaiser. “They filled in a lot of cultural gaps that we didn’t get because our training was pretty poor going over there.”

This wasn’t Kaiser’s first time assisting Afghan nationals. Kaiser mentioned that he’d assisted in extracting another friend years ago – one who’d lost both legs and an arm serving alongside American soldiers. That friend is now happily married with several daughters.

Kaiser understands that the issue is controversial, but these aren’t just any Afghans. They’re the people who were willing to sacrifice for the American cause.

“I’m a conservative, and I know people say that loosely and easily. I understand it’s going to be controversial – I understand where they are coming from,” said Kaiser. “If I lose an election saying this, so be it – this is more important than that. This is life and death, you know?”