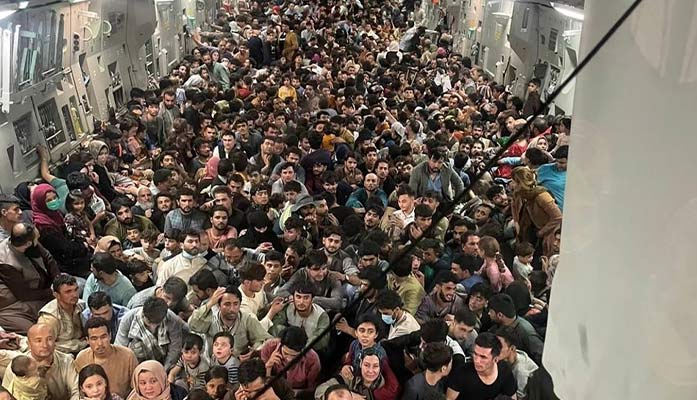 Thursday’s announcement by Gov. Doug Ducey and House Speaker Rusty Bowers that Arizona “wholeheartedly welcomes our share of the refugees” fleeing the Taliban regime in Afghanistan is shining a light on a little known state program that provides financial, educational, and cultural support to refugees.

“As refugees come and find homes in states across the nation, we welcome them to our state full of opportunity and choice, and we’re working closely with federal and state officials to offer them safety in Arizona,” the joint Ducey-Bowers statement reads.

Those efforts will be made easier through the Refugee Resettlement Program (RRP) run by the Arizona Department of Economic Security (DES) which aids refugees as they adjust to life in the United States. The objective is to respect a refugee’s culture and language while helping them reach self-sufficiency as quickly as possible, according to the DES website.

The U.S. Immigration and Nationality Act provides several criteria for who qualifies as a refugee. For most Afghanistan nationals, the applicable criteria will likely be the provision for any person outside the country of their nationality, who is unable to return to that country due to a “well-founded fear of persecution.”

Many of the Afghans coming to the United States are expected to receive a Special Immigrant Visa (SIV) connected to their past service to the U.S. government and military during the 20-year war which included Operations Enduring Freedom and Freedom’s Sentinel. SIV visas apply also to one’s spouse and children.

“They helped out military members in their country, and now we stand ready to help them in ours,” Ducey and Bowers noted in their statement.

The U.S. Department of State also recently announced another program, one which pertains to Afghans who worked for private American contractors, as well as in-country programs funded by the U.S. It would also apply to Afghani employees of media outlets and those who worked for nonprofit, non-governmental organizations which are headquartered in the U.S.

Before releasing his statement about refugees, Ducey expressed concern with the unfolding Taliban expansion in Afghanistan after the U.S. Air Force released a photograph showing 823 Afghans -men, women, and children- crammed in the cargo hold of a C17 flying out of Kabul. The governor pointed the finger of blame for the chaos directly at the top man in the White House.

“As we approach the 20th anniversary of 9/11, the events unfolding in Afghanistan represent complete negligence and an abdication of responsibility by President Biden,” Ducey tweeted on Aug. 16. “If the promise of President Biden was that he would restore America’s standing in the world, he’s just done the exact opposite.”

Government statistics show more than 120,000 people died during the U.S. war in Afghanistan, which included Operations Enduring Freedom and Freedom’s Sentinel. Among the dead are 2,443 U.S. military members, 66,000 Afghan military and police, roughly 47,000 local citizens, nearly 3,850 U.S. citizens working in the country, and more than 1,100 military members from other nations.

Meanwhile, many U.S. service members and defense contractors who deployed to Afghanistan between 2001 and 2021 are speaking out about the problems now facing that country. One such Veteran is Arizona lawmaker Rep. Steve Kaiser, who served with the U.S. Army in Afghanistan.

“America’s military have put their lives on the line to defend freedom at home and abroad. Our friends and allies in Afghanistan now face a terrifying future because we deserted them in the dead of night,” Kaiser wrote Aug. 17. “They are now alone, hiding behind barred doors with their families, and being targeted by Taliban members seeking revenge.”

DES reports show the most resettlements from one country to be served by Arizona’s RRP between October 1981 and August 2021 is more than 12,300 Iraqis. By comparison, less than 3,200 Afghanistan nationals came to Arizona during the same period.

Since then, the RRP data shows a steady decline of Afghanistan nationals resettling in Arizona, with 95 reported for the year ending Sept. 30, 2020.

The U.S. Department of State shows roughly 4,200 Afghans have come to the United States since Oct. 1, 2020, with 31 reportedly making their new home in Arizona.  However, DES records put that number at 53 as of Aug. 16.

Any Veterans in need of someone to talk to about their concerns related to Afghanistan can call the Veterans Crisis Line at 1-800-273-8255. Assistance is also available by text messages to 838255 or via online at chat at www.veteranscrisisline.net