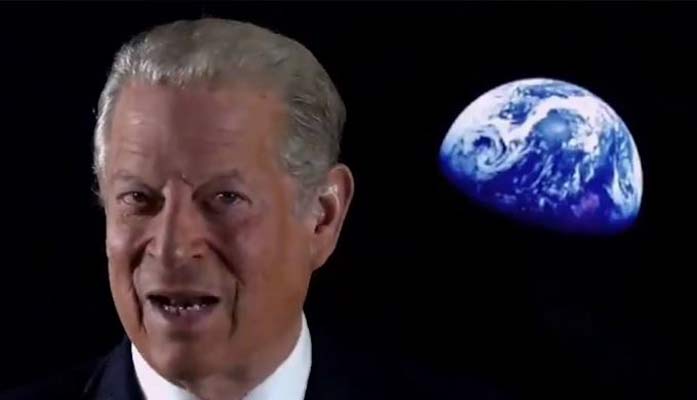 In public discourse, it’s considered bad form to insult your opponent’s integrity.  But it’s almost impossible to believe that climate alarmists believe their own apocalyptic predictions.

Greta Thunberg, Al Gore and other experts sternly warned that our planet will be an uninhabitable, unsalvageable oven unless within 15 years (now 10 or 12) we bend all human activity to the goal of eliminating carbon emissions. If true, this creates an obvious moral imperative.

So on his first day in office, President Biden terminated the extension of the Keystone pipeline, created to export shale oil from Alberta to the US. It was, uh, controversial.

Union leaders were upset that 60,000 good jobs were lost. The pipeline’s demise threatened America’s energy independence. There were safety and environmental concerns too. Even Energy Secretary Jennifer Granholm admitted that pipelines are the best, lowest carbon means of transporting fuels.

But no matter. Keystone made feasible the transport and use of fossil fuels and had to be stopped, no matter the impact on the welfare of Americans.

Maybe not smart, but at least ideologically consistent. To the environmental Left calling the shots, it signified America’s willingness to sacrifice for a carbon-free future.

But then in May, Biden did an about face and gave the go ahead to a similar Russian project transporting natural gas to Germany and other European countries via an immense underseas pipeline. It’s a huge win for Russia, cementing the economic dependence of fuel-starved Europe and circumventing the necessity of paying transit fees to Ukraine.

But waiving the Trump-era sanctions on Nordstream was an expensive concession. Russia’s gain is America’s loss of an export market. Our value to our European allies is diminished. Moreover, all the arguments against supporting fossil fuel use that shut down Keystone apply equally to Nordstream.

The effects of carbon emissions on global temperature is obviously the same regardless of their origin. Russia and China have paid only thinly disguised lip service to participating in reduction efforts. For us to aid expansion of Russian fossil fuel production is nuts.

So what did good old Joe get for this precious gift to Putin? Nothing.

But even in a world where the unthinkable keeps morphing into reality, Biden would never have agreed to open the pipeline if he really believed our continued existence depended on radically transforming away from fossil fuels in the next few years.(“Biden“ is used here to denote whoever the deciders are behind the curtain in the current administration).

More suspect thinking surrounds the current fad for electric car subsidies. The subsidies are popular with wealthy beneficiaries, of course, the manufacturers and drivers.

The US spends about $10,000 per car on these “temporary“ handouts intended to promote the development of the electric car market. Nations around the world are charging ahead with plans to eliminate fossil-fuel powered cars within the foreseeable future.

But electric cars aren’t all that green. First, manufacturing the large batteries is an energy intensive process they can emit a quarter as much greenhouse gases as a gasoline car produces in a lifetime.

Second, the electricity to operate a clean vehicle must be generated somewhere. Solar and wind are not yet technically developed to the point of being adequate contributors and non-emitting nuclear has been shunned by self-styled environmentalists. For now, that leaves fossil fuels.

Electric cars in sum have little or no effect on net emissions. The International Energy Agency estimates that if all the players follow through and we get to 140 million electric cars by 2030 – a highly ambitious goal – the net reduction would be only 0.4% of global emissions.

The alarmists wouldn’t be wasting their time on cars if they really believed the end was near. “Biden“ just sees a chance to make a politically astute move that corresponds with environmental groupthink.

It’s pretty obvious that the enviros don’t believe their own BS (sorry, ladies). The Thunberg/Gore 15-years-and-out prophecy is one of 50 hair-raising expert predictions documented by the American Enterprise Institute, all meant to induce panic and soften us up to accept the attendant necessary sacrifices.

Relax. Not one of them has come true.