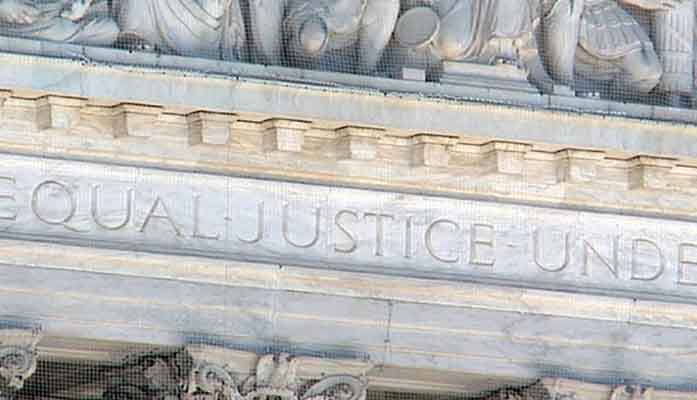 The Arizona Court of Appeals issued a unanimous opinion earlier this month on a subject with no prior case law in the state, and the decision could save time and money for Arizonans involved in civil litigation, according to court records.

In 2018, Thomas H. Major II filed a lawsuit in Pima County Superior Court against Set for Set Fitness LLC and company owner Samuel J. Coleman. The nature of the dispute is not addressed in the appellate opinion, only that the parties ran into a problem when they tried to settle the case in 2019.

Judge Cynthia Kuhn refused to accept the terms of the stipulated settlement which called for the lawsuit to be dismissed with prejudice and for the court to retain jurisdiction in the event Coleman defaulted on payment. A dismissal with prejudice typically means all aspects of a case have been adjudicated and no further action is contemplated.

But a provision of the settlement would allow Major to simply file a stipulated judgment with the court if there was a default, and Kuhn would be required to sign it.

The stipulation ensured Major would not have to expend more time nor money to file a new lawsuit simply to enforce the terms of the settlement. However, Kuhn refused to dismiss the case with such a stipulation, ruling the parties’ requested relief “is not consistent with the Rules of Civil Procedure.”

The court of appeals got involved in the case for the first time in February 2020 by issuing an order to Kuhn that Major’s lawsuit should be dismissed without any language about retaining jurisdiction. Once that dismissal was done in June 2020, a three-judge appellate panel then took up the issue of retaining jurisdiction.

“The issue presented here centers on whether a superior court has the authority to issue an order retaining jurisdiction for the purposes of enforcement—allowing the parties to come back to it without having to file a new lawsuit.” Presiding Judge Karl Eppich of the Arizona Court of Appeals noted in the May 5 opinion. “No Arizona case has clearly decided this issue, and we are unaware of a statute or Arizona Rule of Civil Procedure expressly allowing or forbidding the superior court to retain jurisdiction in this circumstance.”

Eppich further noted that without prior case law in Arizona, the panel looked to several other states with similar civil court procedures and case law. “We find the cases allowing a trial court to retain jurisdiction persuasive and conclude their reasoning is consistent with Arizona law,” he wrote.

The appellate panel also reviewed a 1994 U.S. Supreme Court opinion (Kokkonen v Guardian Life Ins.) which allows federal judges to exercise ancillary jurisdiction to enforce the terms of a settlement agreement following a dismissal with prejudice, if the obligation to comply with the settlement was part of the order of dismissal.

“Although Kokkonen does not address a state trial court’s jurisdiction, and is therefore not binding precedent on this court, we find it persuasive as to how to approach this issue,” Eppich wrote.

The result of the research led the court of appeals to conclude there can be compelling circumstances for allowing trial courts the authority to retain ancillary jurisdiction.

“Permitting that authority when the parties have stipulated to it encourages settlement by providing parties certainty about the terms of an agreement and a mechanism to easily enforce performance of the agreement,” Eppich wrote. “Furthermore, this practice promotes judicial efficiency by enabling a trial court to clear the case from its docket until the time arises, if ever, to enforce the terms of the agreement.”

As a result, the case has been remanded back to Kuhn “to afford the trial court the opportunity to determine whether it should, in its discretion, accept the parties’ stipulation to retain jurisdiction to enforce the Settlement Agreement,” the opinion states.