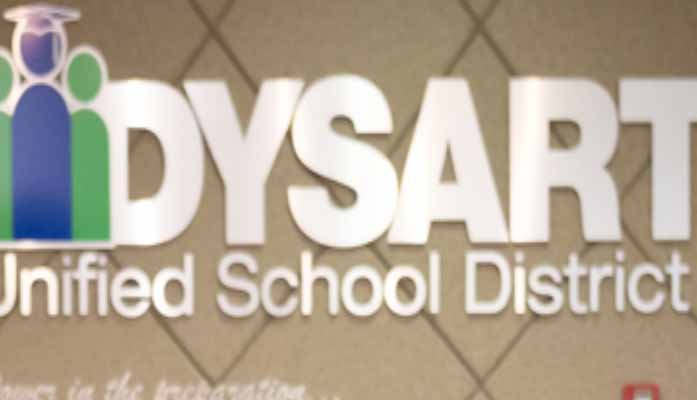 The board was split on the decision, 3-2. President Dawn Densmore issued the motion, and Clerk Christine Pritchard seconded. Board member Chrystal Chaffin joined Densmore and Pritchard in voting to leave ASBA. The remaining two board members, Traci Sawyer-Sinkbeil and Jo Grant, dissented.

Superintendent Quinn Kellis said that about three out of every 30 sample policies are based on opinion rather than statute. Densmore emphasized that it wasn’t the quantity that concerned her — it was the quality of those few opinion-based policies.

“Except for the part where they redline the policy about not teaching that you’re biased because you’re a certain race, gender, sex, you know, ASBA recommends we get rid of that,” said Densmore. “It’s just things like that that have me concerned about ASBA.”

Pritchard said that the people once a part of ASBA that made it amazing are no longer there. She described how political ASBA had become since she was elected over 15 years ago.

“I just feel like ASBA has really changed over the years. When I was first elected to the board, it was 2006, I remember going to the ASBA conference in 2006 and it just had a completely different feel,” said Pritchard. “It seems like for an agency or organization that’s supposed to be nonpartisan they are so far one way. And, whether one way’s the right one or one way’s not the right way, the point is that it’s supposed to be nonpartisan. It seems like they’re so politicized and there’s such an agenda and then to not take a stand against NSBA’s action was really disappointing.“I cringe a lot of times when I get their emails because they’re politicized, and I don’t want to be associated with that. And right now we are. It just doesn’t feel good to me.”

Chaffin said that ASBA’s new board member training just complained about “bad bills” passed by the legislature. She said that ASBA pushes certain agendas constantly and doesn’t factor the individual needs of districts.

“I don’t think they reflect our board and our district’s values,” concluded Chaffin.

“And they didn’t stand up for our parents — that’s the biggest piece. And to pay to be part of an organization that stands behind another organization that would make such a blatantly disrespectful comment, I don’t want to be associated with that,” added Pritchard.

Sawyer-Sinkbiel asked the board if anyone had invited ASBA to offer an explanation for not leaving the NSBA. Densmore responded by citing ASBA Executive Director Dr. Sheila Harrison-Williams’ refusal to address the controversy head-on.

Sawyer-Sinkbiel expressed concern that the board’s actions would hurt rather than help their district by cutting out a . She insisted that this was based on a national narrative rather than a local problem.

“We’re worried about Dysart. We shouldn’t be worried about a national narrative,” responded Sawyer-Sinkbiel. “I feel that we are trying to take all the things that we have done and throwing them out with that few percentage [sic] of the bad things. So, I don’t think that we should separate — I do believe we should have ASBA to come out and answer what questions that we do have. Put their feet to the fire. Ask them exactly what is going on.”

Pritchard rebutted that no clarification was necessary based on ASBA’s actions. She assured that DUSD has their own legal services that address their policies, which Kellis confirmed.

“It’s not a misunderstanding where I need them to clarify with me. It’s just a change in their mindset or a change in their organization as a whole. It’s the same type of political agenda and they shouldn’t be that way,” said Pritchard.

Sawyer-Sinkbiel challenged Chaffin on her statement that the board had an attorney. Kellis clarified that they do have prepaid legal through the trust, assigned based on the case.

Pritchard said that statute analysis and policy drafting could be procured. Chaffin asked why the district couldn’t use the money that would’ve gone to ASBA and pay

“What about our integrity? What does that mean?” said Pritchard. “To stay with them when this is who they are just because ‘Well, they can look at our policies,’ and I understand what you’re saying Mrs. Sawyer-Sinkbiel, I’m not saying be willy-nilly, I’m saying they’re not the only organization that can do that job.”

Sawyer-Sinkbiel doubled down after neither Pritchard or Chaffin could name an alternative to ASBA. She said they shouldn’t leave ASBA and instead settle for telling the association what upset DUSD. Sawyer-Sinkbiel insisted that DUSD didn’t know why ASBA decided not to leave NSBA.

Grant offered an explanation of her “no” vote similar to Sawyer-Sinkbiel: insisting that there may be financial troubles ahead if they didn’t plan prior to taking action.

“We just pulled an agenda item questioning a budget item for a department for $40,000 and we asked them to please go back and rework that. Now we’re talking another budget item that is $28,998,” said Grant. “And if we cancel with ASBA, we have no idea how much we’re going to spent on policy support or BoardDocs and it could be more than $28,998. It just seems to me that we should do our homework and come back with okay, BoardDocs is going to cost this amount of money and somebody to do policy support [will cost that much].”

Chaffin countered that integrity was the greater concern at the moment, not logistics. She said that the board has six months to figure out who would fill ASBA’s shoes.

“How long do you want to compromise […] our integrity to be associated with an organization that views parents the way NSBA does, that is very politicized,” said Chaffin. “We talk about, we don’t want our teachers bringing politics into the classroom. Well, this particular organization is flooding our district with tons of their politicized opinions and their views and agendas. It’s a matter of principle to me.”

The back-and-forth between Chaffin and Grant became more intense after that. Grant repeated that she’d like to see the costs before making a decision on ASBA.

“So there’s a price to integrity?” asked Chaffin.

Grant retorted that their decisions as a board have nothing to do with integrity. She also asked who would lobby for DUSD, if not ASBA.

“It has nothing to do with integrity. We talk about taxpayer money — what if the bill comes back at $50,000? I’m just asking the question,” said Grant. “When you walk in this door, we are now school board members. We may have different political opinions outside this room. […] At the end of the day, we have to be supporting public schools.”

Sawyer-Sinkbeil repeated that she felt a personal attack on DUSD would be a more relevant reason to leave ASBA. She disagreed that NSBA’s letter included DUSD parents. Pritchard insinuated that Sawyer-Sinkbeil wasn’t being objective on the matter because of her having served leadership roles within ASBA.

DUSD membership to ASBA lasts through June 2022, making up .25 percent of the district’s operational budget according to the district. ASBA offers policy support and legal insight on legislative changes relative to K-12 education.

The board also approved a resolution related to the decision to leave ASBA. Densmore, Pritchard, and Chaffin voted for it, while Sawyer-Sinkbeil and Grant voted against it. The resolution asserted that parents had the right to parent their children without obstruction or interference from any political entity or government, and that ASBA’s actions weren’t reflective of that statement.

The resolution cited Education Secretary Miguel Cardona’s remarks during a testimony before the Senate Committee on Health, Education, Labor, and Pensions at the end of September. Cardona said that parents shouldn’t be the sole authority in their children’s education.

“I believe parents are important stakeholders, but I also believe educators have a role in determining educational programming,” said Cardona.

The resolution also called upon the Arizona legislature to pass a bill strengthening protections for parental rights.

The board’s decision came less than a month after voting to end its relationship with the NSBA.