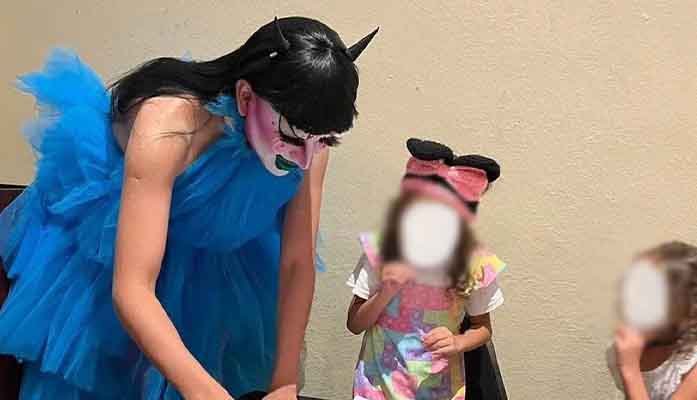 In a joint statement, the Senate Majority team condemned the sexualization and grooming of children through drag shows:

“One of the reasons why we were elected as lawmakers by our constituents was to protect family values. If men want to dress as women, and if adults want to participate in watching these hyper-sexualized performances, they have the freedom to do so. It crosses the line when kids are subjected to these drag shows. This ignorance by public and private sectors promoting this behavior sends a message of complete and utter perversion that can have detrimental impacts on the social and emotional development of our children. We will be damned if we won’t fight like hell to protect the most innocent from these horrifying and disturbing trends that are spreading across the nation now that extremist Democrats are currently in control of our federal government.”

The Senate Majority press release noted that they were working alongside several other, unnamed states to craft the legislation. The press release lamented that children were being exposed to sexual perversion.

Arizona has had its share of LGBTQ+-related pedophilia incidents. Just last month, a Tucson Magnet High School counselor who organized a drag show for high schoolers was arrested for having a sexual relationship with a 15-year-old student. The Senate Majority team called out this incident, arguing that nondiscrimination policies were a slippery slope that had led to total disregard for morals and values.

“Policies of ‘nondiscrimination regarding gender expression and sexual orientation’ are sending a message to society that we should disregard morals and values just to normalize these unscientific, broad, ill-defined and subjective terms, which set a dangerous precedent for our children that are too young to be exposed to such concepts,” wrote the team.

Earlier this month, children were bore witness to the Heard Museum in Phoenix’s first-ever drag show. That incident was also acknowledged by the Senate Majority team.

“Performers were seen dressed in scantily clad attire while carrying out provocative dance moves that left little to the imagination as youngsters watched,” asserted the team.

In apparent response to the Senate Majority pledge to outlaw drag shows for minors, State Representative Andrés Cano (D-Tucson) suggested that the state legislature hold a drag show. He has not acknowledged the arrest of the high school counselor in his district.

“As others have said, gun shows are far more harmful for your kids than drag shows,” wrote Longdon. “Also, I LOVE drag queen story time!!!”

Research has linked early exposure to sexually explicit material with risky sexual behaviors, intimacy disorders, sexual violence and misconduct, and sexual deviancy. Most research on firearm exposure focuses on the effects and likelihood of gun violence, and not witnessing the legal use of a firearm.