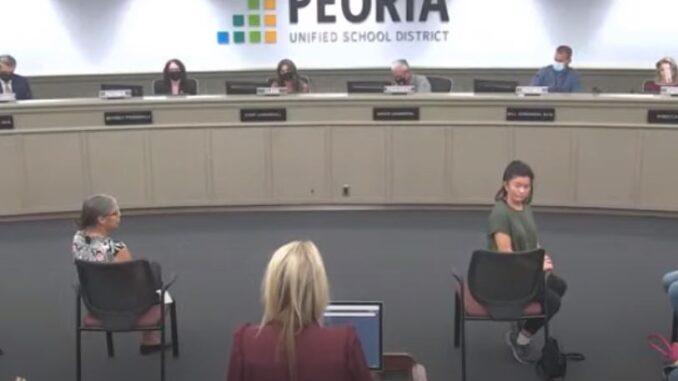 Moms Present Challenge for GOP Establishment Ahead of Primaries


If the influence of mothers on last year’s elections served as any indicator for this year’s outcomes, certain Republican state legislators in Arizona may have a tough primary ahead.

Mothers have proven themselves a powerful political force. One significant example would concern the widespread credit they received for the Republican victory in last year’s gubernatorial race in deep-blue Virginia. Among those mothers were women that helped put Joe Biden in office nearly two years ago.

Yet, approval ratings and polls are showing that the Biden administration has alienated suburban female voters — especially mothers. The causes have been widely publicized, like when the Department of Justice (DOJ) pledged last October to investigate parents protesting schools’ controversial COVID-19 policies and curriculum. In Arizona and across the nation, the news caused an uproar among parents and school boards.

More recently, the alienation came from the worsening inflation and baby formula shortage. When Reuters interviewed 20 Phoenix women earlier this month, many expressed that these current issues were influencing their vote come fall.

The pressure of a slipping, once-reliable voter base hasn’t escaped leadership. On Tuesday, over two dozen current and former administrative officials, lawmakers, congressional aides, and other Democrats close to Biden informed NBC News that the president is “rattled” by falling approval ratings as well as a general lack of trust and confidence among voters. In particular, the president lost ground among suburban women — something that frustrated him.

The informants also revealed that Biden’s chief of staff, Ron Klain, will likely leave after the midterms.

Arizona legislators aren’t exempt from the voter troubles plaguing Biden and the Democrats. After the pandemic hit, more Arizona mothers took a closer look at their schools and engaged in the state legislature, just like other mothers across the nation. They picked up on which legislators voted against their interests routinely, and vocalized their observations on social media and in rallies.

A recent contention between mothers and legislators occurred over curriculum transparency bills.

Mothers called out State Representative Joel John (R-Buckeye) for killing a bill that would’ve required schools to publish curriculum lists on their websites.

John, Udall, and Osborne’s voting records caused the Maricopa County Republican Committee to pass a resolution in January pledging to oppose their campaigns, identifying the three legislators as those opposed to parents’ interests.

“Resolved, that the Maricopa County Republican Party calls attention to, and opposes Republicans who campaign as conservatives while voting against school choice and against the best interests of students and parents – specifically Representatives Joanne Osborne, Michelle Udall, and Joel John,” read the resolution.

A month later, Udall and John killed a bill preventing bank discrimination against vendors or customers whose political affiliations or values rendered them low on a social credit scoring system. John claimed that no “real world examples” existed to justify the bill.

John, Udall, and Osborne aren’t the only ones who’ve stoked controversy. State Senator T.J. Shope (R-Coolidge) has a track record of voting against certain party issues, like the governor’s executive powers. He earned parents’ ire recently with a bill enabling a nonprofit to access their children’s vaccination data without their input.

Then there was a strike-everything amendment from State Representative Tim Dunn (R-Yuma) granting $30 million to the University of Arizona (UArizona) to study drip irrigation amid the worsening inflation crisis.

Then last May, there was Cook, Udall, John, and Osborne in the House and State Senator Paul Boyer (R-Glendale) who joined Shope and Pace to approve SCR1044, which put tuition for illegal immigrants on the upcoming ballot.

One parent, Alejandro Sandoval, summarized to AZ Free News parents’ sentiments on the GOP elected officials that they felt undermined their interests.

“I would like to ask these counterfeit conservatives who continue to vote Democrat: how much are they paying you? Because when it comes to school choice and election integrity, their virtues go out the window,” said Sandoval. “And I am delighted that Michelle Udall has finally decided to exit the arena. It was such a bittersweet moment with President Trump because he unearthed all these serpents to show their true colors. Why are they against our ‘freedom of choice,’ because in my eyes they’re communists holding us back and trying to destroy our volition.”