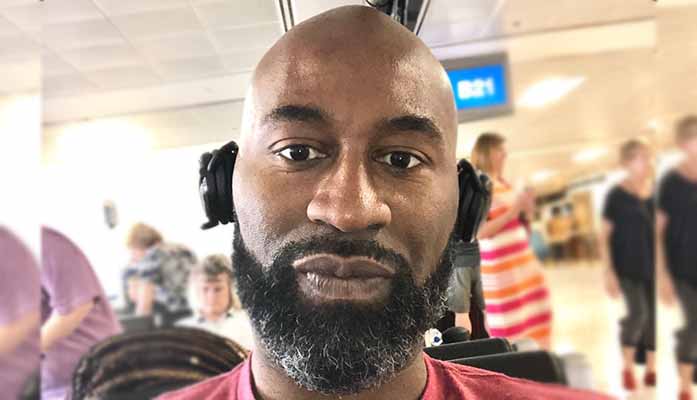 A Phoenix special education teacher, Kareem Neal, moved up in the world of honors bestowed on educators: this year, he became Arizona’s first teacher inducted into the National Teachers Hall of Fame. Neal, the 2019 Arizona Teacher of the Year, teaches at Maryvale High School and also works as a restorative justice trainer at Phoenix Union High School District (PXU).

Neal would qualify as “woke” in the modern political landscape: he supports social justice efforts like anti-racism and LGBTQ+ normalization. In an August 2019 article, Neal argued that teachers must do more than teach — they must support and affirm lifestyles and community. Neal attributed that realization to the moment when he discovered Maryvale High School’s social justice club, Panthertown, having an annual “camp” with activities encouraging students to “break free of the things (race, gender, sexuality, ability, etc.) that prevent[ed] them from connecting with their peers.” Neal serves as the club’s sponsor currently.

Neal said that experience prompted him to “break out of [his] comfort zone” of only engaging with his special education students and branch out to the other students outside his class.

“To be truly effective, teachers must do more than simply teach students. They have to become a real part of the community,” wrote Neal. “I am positive that I could not teach at a school where all of the teachers just taught lessons and went home. I need for my school and its surrounding area to be my community.”

In the wake of the George Floyd riots, Neal declared that white supremacy could exist among even “nice, white folks” if they don’t commit to anti-racism. Neal also said that teachers shouldn’t be teaching black children if they reject anti-racism.

“We need [white people] to sacrifice the privilege, comforts, and advantages that comes with whiteness to FORCE our systems to distribute power differently. We don’t need your niceties. We need your sacrifice,” said Neal.

When the video aired, Neal bragged about how he forced Biden’s campaign to make the commercial.

For all the social justice beliefs he’s defended, Neal has denied that Critical Race Theory (CRT) is being taught in the classroom. Last August, Neal gathered with other states’ teachers of the year in a seminar discussing how CRT was misrepresented, noting that concepts like social justice and anti-racism were separate from CRT. Arizona State University (ASU) Project Humanities founding director Neal Lester organized the event.

In an ASU panel last February dedicated to explaining “anti-racist parenting,” Neal revealed that he discusses racism with his students through skits, writing activities, and community-building circles. Neal said that everyone is racist and that America is a racist society.

Amid his frequent bouts of activism, Neal was fined and disciplined in 2018 for engaging in political activity for Invest In Education, a national progressive campaign abbreviated to #InvestInEd, on the taxpayer’s dime, as the Arizona Daily Independent reported. Neal promoted the campaign by displaying one of its signs in his classroom. His district ordered him to pay $225 and placed him on a one-day suspension without pay.

Earlier that year, Neal also participated in a walk-in to support Red For Education, or #RedforEd, another national progressive campaign to increase teacher funding with walk-outs. Walk-ins consisted of teachers gathering early in front of schools wearing red and holding signs to signal Red for Education support.

The fine didn’t deter Neal from engaging in political activities again, however. Last April, Neal announced that he was serving as Arizona Department of Education Superintendent Kathy Hoffman’s campaign chairman for reelection.

In addition to teaching, Neal has undertaken other leadership roles. Neal served as a member of the Arizona Department of Education’s African American Advisory Council, director on the National Board for Professional Teaching Standards (NBPTS), and vice president of PXU’s Black Alliance. Neal was also entrusted with curriculum development as a PXU Peer Learning Community leader.