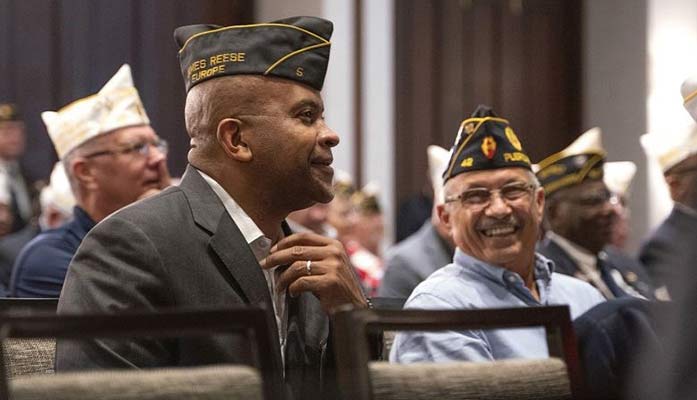 The event runs from Aug. 27 through Sept. 2, and estimates show Convention will contribute $10 to $15 million to the Phoenix economy through shopping, dining, and tourism expenditures. Attendees will utilize about 15,000 hotel room-nights.

Michael E. Walton, chairman of the American Legion National Convention Commission, says it is the third time in 20 years that Convention will be held in Phoenix.

“We are delighted to come back to Phoenix,” Walton said. “Many Legionnaires have fond memories of our previous conventions held there in 1991 and 2008.”

Walton noted Arizona is home to seven active military bases and about one-half million veterans. “The state is unquestionably patriotic,” Walton said, adding that organizers believe the event can be conducted safely despite COVID-19 concerns.

For the last several weeks, top American Legion officials have promoted a video about public health “ground rules” which will be in place at Convention. Those rules -which include face masks and social distancing- will be mandatory because the event is being held at a city-owned building. There is also the possibility of temperature checks to enter the building or meeting rooms.

“I know everyone in the American Legion family is familiar with the precautions we have taken during the pandemic, but different communities have different levels and stages,” according to James W. “Bill” Oxford, national commander of the American Legion. “Ahead of Convention, regardless of your state or community’s guidance and rules, we need to follow the rules of Phoenix, Arizona and remember the ground rules we’ve shared with you.”

“But instead of hugs, kisses, and handshakes, we need to choose greetings that don’t spread germs,” Bolt said. Some of the acceptable methods of greetings are elbow bumps, salutes, waves, and “nods – not to include nodding off,” he added.

“I want to thank our American Legion family for following guidance from the local, state, and federal healthcare authorities during the pandemic,” Bolt said. “We need to continue doing that in Phoenix.”

Nicole Clapp, president of the American Legion Auxiliary, warns in the video that protocols could change in advance of, or even, during Convention.

“We need to be flexible as conditions may change in Phoenix, hopefully for the better,” Clapp warns. “We need to follow and abide by all official guidance, precautions, and rules from our host city.”

The American Legion has a current membership of nearly 2 million wartime veterans. Membership -and admission to Convention- is open to veterans of all six armed forces branches who served in uniform anytime since Dec. 7, 1941 or who are currently serving.

Special guests include racing champions Jimmie Johnson and Tony Kanaan, as well as country singer Craig Morgan, who is an Army Veteran.