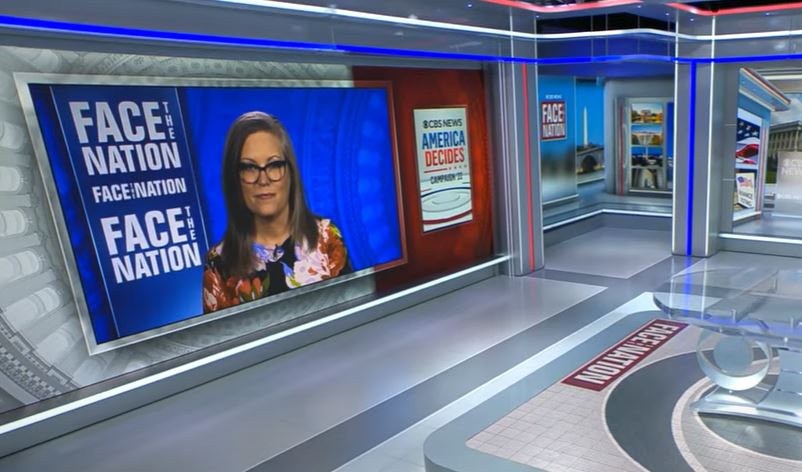 Katie Hobbs Says She Supports No Limits on Abortion, Even Up to Birth


In a Sunday interview, Democratic gubernatorial candidate Katie Hobbs said she wouldn’t put any limits on abortion. Hobbs also evaded questions about her strength to handle a debate with Lake, as well as who caused the present border crisis.

Hobbs’ remarks occurred during her 8-minute one-on-one interview with CBS host Major Garrett, as part of a “Face the Nation” segment that also featured a separate one-on-one with Lake. Concerning abortion limits, Hobbs stated repeatedly that no laws should exist limiting abortion.

“I support leaving the decision between a woman and her doctor, and leaving politicians entirely out of it,” said Hobbs.

Hobbs said she didn’t agree with the state’s 15-week limit on abortions. She didn’t denounce late-term abortions but claimed that they’re never elective.

When pressed about her refusal to debate Lake, Hobbs claimed that her opponent would create a “circus” of no benefit to voters. Hobbs refused to answer Garrett when he asked if she were strong enough to handle the “circus” Lake might concoct. Rather, Hobbs said voters had plenty of other opportunities to see her performance under crisis, referencing controversy over the 2020 election.

Hobbs said there were no circumstances under which she would debate Lake.

Hobbs again refused to answer Garrett when he asked who she considers responsible for the present border crisis, and whether the Biden or Trump administration policies were safer for immigrants. Rather, Hobbs said that decades of bad policies from both parties were to blame.

Garrett pressed Hobbs, reminding her that she’d criticized “current immigration policy” — which would be that of President Joe Biden’s administration. Hobbs admitted that Biden should do more to mitigate the border crisis, but didn’t say he was to blame. She noted that former President Donald Trump failed to fulfill his promise of a complete border wall.

“Biden does need to step up immigration and border security,” said Hobbs.

During her one-on-one interview, Lake took the opposite stance on all issues. Lake answered nearly all of Garrett’s questions directly, except for his question about whether she believed that President Joe Biden was the legitimate president. Rather, Lake said that distrust in elections has been a pervasive issue since the early 2000s. She said that the ability for people to question elections ceased with the 2020 election, though doubts over the 2016 election continue to be permitted.

“All of a sudden in 2020, we don’t have free speech anymore,” said Lake. “All I’m asking for is the ability to speak out: when our government does something wrong, we should be able to speak against it.”

Concerning her plan to form an interstate compact to secure the border, Lake explained that the Constitution granted her plan the legal authority to act. She disclosed that other governors agreed to join the compact.

“We meet all three criteria [of Article I Section X of the Constitution]: we have an invasion, our people are in danger, and time is of the essence,” said Lake. “I hope that Joe Biden doesn’t fight us, because then it will really look like he’s on the side of the cartels.”

Lake said that the “lust” for cheap illegal immigrant labor exists not only in Arizona, but nationwide. She pointed to House Speaker Nancy Pelosi’s (D-CA-12) press conference remarks that Republican-led states should welcome illegal immigrants because they can “pick the crops” there. Lake expressed concern not only for the quality of life for illegal immigrants,

On abortion, Lake said that she would uphold the law as governor. She said that she was for “true choices” which would entail more than just abortion. Lake asserted that abortion was the only choice offered at abortion clinics, not other choices like adoption.

Lake agreed with last week’s arrest of an Iowa man who threatened a Maricopa County supervisor over the 2020 election. She opined that the root cause of these threats were frustrations from restrictions on free speech and expression that occurred during the pandemic.

Read the full transcript of the Hobbs and Lake interviews here.