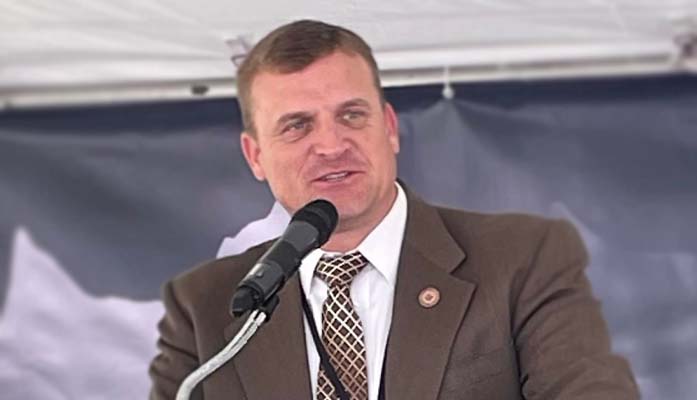 “I’ve asked the sponsor to give me real-world examples of why this bill is needed, and I didn’t get that. I even got a call from my cousin, who doesn’t live in my district, telling me that this bill is needed and to pass it right now and I said ‘why is it a problem man? Help me understand,’” said John. “For those of us who happen to be in this chamber, but don’t live, eat, and breathe politics 24/7, when I’m not in this chamber I’m out in a remote area working on some irrigation project, but my cousin said this is going to negatively affect farmers. This is going to affect our community, and I said, ‘Oh wow. Would you please do me a favor and talk to some of those guys as to why this is a problem. That would really help me. So, I never did hear back.”

“ESG engages with companies and engages with the market to drive a political outcome. That’s why it’s so problematic,” said Oaks.

“People have decided that they do not want to participate in the fossil fuel industry, and so they are cutting off capital,” said Oaks.

The concept of ESG dates back to 2004, as Forbes reported in a 2008 investigative piece on the subject, when the former United Nations (UN) Secretary General Kofi Annan invited over 50 of the top financial institution CEOs at the time to an initiative to influence markets using ESG screens. Reports produced by this initiative coining the term ESG prompted the New York Stock Exchange to roll out its Principles for Responsible Investment (PRI) in 2006 and the Sustainable Stock Exchange Initiative (SSEI) in 2007.

At present, companies that apply ESG scoring look to Stakeholder Capitalism Metrics developed by the World Economic Forum (WEF), a pro-globalism lobbying organization, to determine their measure of ESG enforcement.

Although the WEF referred to their metrics system as one related to “capitalism,” their use of the term is contested. WEF Founder Klaus Schwab meant for his redefined version of “capitalism” to be understood through a term he coined, “stakeholder capitalism,” which posits that modern enterprises must serve those who benefit from corporate behavior, stakeholders, in addition to shareholders to achieve long-term growth and prosperity. Hence, social credit scores.