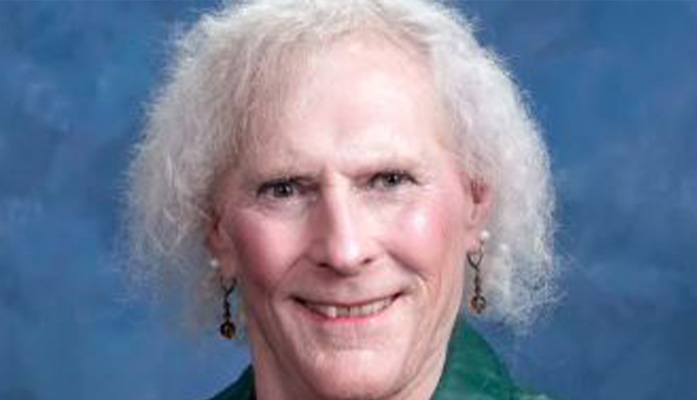 An Arizona mother alleged that a transgender school board member stared at her bare chest in her gym’s locker room last week.

Paul Bixler, a man who professes to be a woman, has sat on the Liberty Elementary School District (LESD) Governing Board since 2021. The mother, Lindsey Graham, who goes by the persona “Patriot Barbie” online and is affiliated with conservative activist group Turning Point USA, claimed in a viral video that Bixler looked at her bare chest as she was undressing in the women’s locker room. Graham called police for help. However, law enforcement reportedly informed Graham that the incident wasn’t grounds for arrest.

“He is a man in the women’s locker room, and the response was that this is a ‘touchy, sensitive issue in society,’” said Graham. “Women’s rights are being violated and I’m not going to put up with it.”

Bixler reportedly told police that he had his genitals removed surgically and the gender on his driver’s license changed from male to female. Arizona law requires individuals to receive a doctor’s letter testifying that they’re “irrevocably committed” to changing their gender and that they have received “appropriate clinical treatment.”

“He cut off his weiner, so now he’s a woman?” asked Graham.

Graham said the experience caused her to question what facilities Bixler uses on school property.

Libs of TikTok, a popular conservative account that reposts and reports on left-wing content, picked up the already-viral video, resulting in the encounter to receive millions of views.

Some online users accused Bixler of voyeurism in their comments.

Others insinuated Graham orchestrated the encounter, pointing to her viral public commentary at an LESD board meeting last year. In a response video posted to Instagram, Graham denied accusations against her, including that she was waiting for Bixler to come to the gym, that she signed up for the gym knowing he worked out there, and that she’d been harassing and stalking him.

“I don’t care what the narrative is,” said Graham. “I care about this: did he violate women’s rights? Yes. Will he violate other girls and women? Yes. Is it my duty to fight against his delusions to protect other little girls? Yes.”

Days before the incident went viral, Bixler was featured in an article claiming that he’s been targeted by community members over his transgenderism. Bixler also insisted that transgenderism isn’t a choice, in response to critics’ claims to the contrary.

Bixler began dressing as a woman after his wife died in 2017. On his Facebook profile, last active in 2020, he listed his gender as “male.”

Bixler made headlines last January after he testified against parental rights before the Arizona legislature. Bixler argued that educators shouldn’t have to disclose a child’s sexuality and gender identity to their parents.

“When you threaten a child’s disclosure with exposure, those children will continue to question but will not seek the highly qualified individuals that could assist them. Threatening dedicated, trained caregivers with litigation also threatens the welfare of the children within that same population,” stated Bixler. “When you marginalize this student population and force them to go into hiding, they won’t stop questioning. They simply will not receive the help that they need.”

Prior to sitting on a school board, Bixler worked in Arizona public schools for over 30 years as a teacher, principal, administrator, and even coach. Bixler ran uncontested in his school board race.