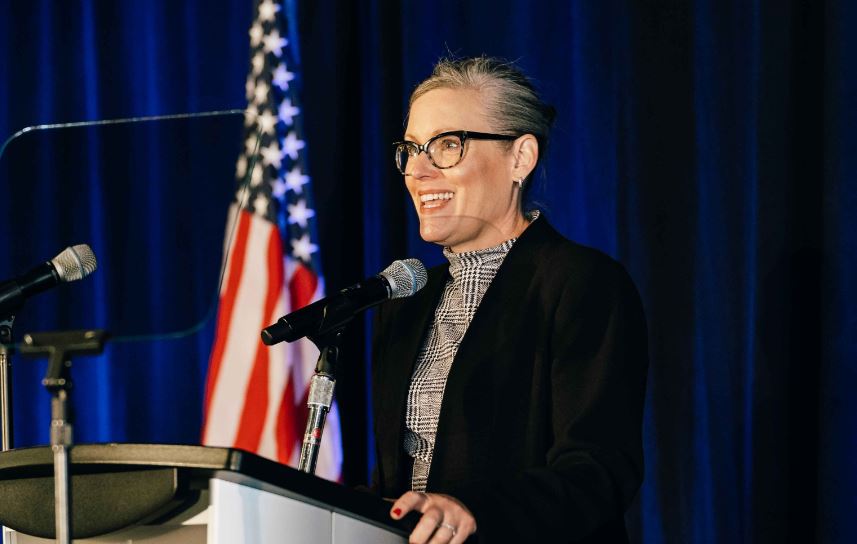 Gov. Katie Hobbs assumed that the California mass shooting responsible for 10 deaths on the Chinese New Year was a hate crime against Asians. The suspected shooter was an Asian man, later found dead from self-inflicted gunshot wounds in a white van.

Though Hobbs apparently was unaware of the shooter’s race when she issued her Sunday morning statement, the governor assumed that the perpetrator was a non-Asian man committing a hate crime.

Many pointed out that the suspected shooter was an Asian man.

Police believe that the suspected shooter attempted to open fire at a second dance hall less than half an hour later, but those inside took the gun away from the suspect.

This isn’t the first time that Hobbs falsely claimed that a crime was motivated by hate. In October, after Hobbs’ campaign office was broken into, Hobbs’ campaign manager Nicole DeMont accused the perpetrator of being a political activist radicalized by her Republican opponent, Kari Lake.

“The threats against Arizonans attempting to exercise their constitutional rights and their attacks on elected officials are the direct result of a concerted campaign of lies and intimidation,” state Hobbs.

In reality, the burglar turned out to be a 36-year-old homeless illegal immigrant.

Though Hobbs has been outspoken about crimes that were or were perceived to be racially-motivated against non-white individuals, Hobbs has remained silent on hate crimes against white individuals. Hobbs didn’t issue any public statements regarding the Christmas parade massacre that killed six in Waukesha, Wisconsin in November 2021.