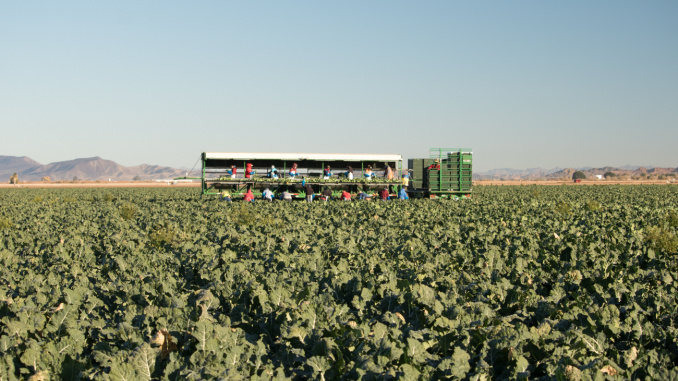 This week, 15 illegal immigrant farm workers are petitioning Congress to pass a pathway to citizenship in year-end legislation. An undisclosed number came from Arizona. The remainder came from California, Idaho, Michigan, and Georgia.

United Farm Workers (UFW), a labor union, sent this 15-member delegation to represent the interests of about 2.4 million illegal immigrant farm workers across the country.

In a press release, Romero said that the nation’s food security relied on mass conferment of legal status to the 2.4 million UFW workers. Romero insisted that doing so would save the nation over $430 million in wages for this upcoming year.

“It’s time to stop playing politics and pass the deal we have negotiated into law,” stated Romero. Our nation’s food security and the lives of hundreds of thousands of farm workers are on the line.”

In the same press release, Torres said that Congress could thank illegal immigrant workers for their family holiday meals.

“This begs the question, will Congressmembers continue to leave the very people who nurture their families and this nation in limbo this legislative session or will they do the right thing and pass a pathway to legal status for farm workers?”

According to USDA data updated in March, around half of farm workers are illegal.

Biden’s initial plan submitted to Congress last January, the U.S. Citizenship Act of 2021, proposed an eight-year pathway: illegal immigrants receive a five-year temporary status, have a green card for three years, and then apply for citizenship. The Biden administration apparently gave The Washington Post a two-day advance exclusive on details of the bill.

Democrats have struggled to get the necessary votes to pass any of their desired pathways to citizenship: even for “Dreamers,” the recipients of Obama’s Deferred Action for Childhood Arrivals (DACA).

“Protecting Dreamers has long been a top priority for the New Democrat Coalition. As their fate hangs in the balance, we are committed to working with our colleagues in the House and Senate to pass bipartisan legislation before the end of the year that gives Dreamers the stability and security they’ve been waiting for and that they deserve,” stated Stanton and Carbajal. “The stakes are too high for inaction.”

Several days before Stanton’s call to action, Roll Call reported that a bipartisan pathway to citizenship for Dreamers was taking shape in the Senate. Sens. Kyrsten Sinema (D-AZ) and Thom Tillis (R-NC) proposed measures that would exchange citizenship for stronger border security.