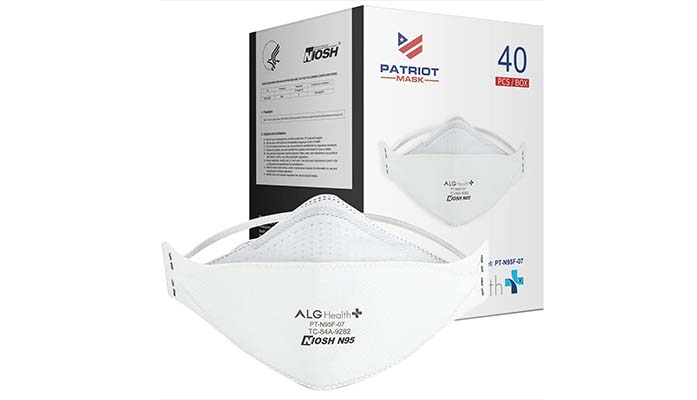 Company Sold Uncertified Chinese-Made Masks As Made In USA


The U.S. Attorney’s Office is seeking a permanent injunction against an Ohio company that sold COVID-19 personal protective equipment such as N95 masks to healthcare workers and first responders across the country as “Made in USA” even though most of the items were manufactured in China.

The FTC’s referral to the U.S Department of Justice is outlined in the 116-page complaint, one of more than a dozen such federal cases initiated under the COVID-19 Consumer Protection Act against what the FTC characterizes as “COVID predators.”

“As Americans struggle to obtain safe, authentic personal protective equipment, the Commission will use every tool we have to root out false claims and phony labels,” said Sam Levine of the FTC’s Bureau of Consumer Protection. He added that the defendants “slapped the Made in USA label on masks that were made overseas, and now they’re paying the price.”

That price, the FTC says, is a civil penalty of $157,683 due immediately. Another $2.8 million put forth as a redress judgment is currently suspended due to the defendants’ claims of an inability to pay.

“Should the FTC discover that the defendants have misstated the value of any assets or failed to disclose them, the agency will seek to have the suspension lifted and the full judgment due immediately,” according to an FTC press release.

This is not the first time Harmon has run afoul with the FTC. In 2017, the agency closed an investigation into false Made in USA claims involving LED bulbs sold by Harmon’s Axis LED Group to the U.S. Government. The FTC’s Made in USA labeling rules require manufacturers and marketers who promote such claims to prove “all or virtually all” of a product was in fact made in America. The rule also requires Made in USA labeling in mail order catalogues and online to be truthful.

According to current federal complaint, Harmon admitted to FTC investigators back in 2017 that the U.S.-assembled LED bulbs his company sold contained “significant Chinese components.” The complaint alleges that since then, company employees have on occasion peeled “Made in China” stickers off LED products and replaced them with labels reading Made in the United States before shipping to customers.

Then in early 2020, as the COVID-19 pandemic began, Harmon is alleged to have begun selling PPE such as N95 respirators, gloves, and gowns from the ALG Health facility in Defiance, Ohio. Those sales were made consumers throughout the United States.

One of the company’s social media ads even advised customers to purchase American-made PPE “so that our heroic frontline workers do not have their safety put at risk by relying on foreign-made products.” The posting also stated that imported products “are not tested and could be unsafe.”

In reality, according to the FTC, Harmon was aware his company was sending those customers Chinese-made KN95 masks that employees had stripped off the Made in China labels before printing “ALG” and “NIOSH” on the products and then putting into N95 packaging with Made in USA labels.

But this not what Harmon told the National Institute for Occupational Safety and Health (NIOSH), which is part of the U.S. Centers for Disease Control and Prevention (CDC).

NIOSH is responsible for certifying certain respiratory protective devices, such as N95 masks, per U.S. standards. It does not certify masks manufactured in accordance with international standards, such as KN95 masks.

In January of this year, NIOSH published a notice on the CDC website announcing ALG Health voluntarily rescinded all NIOSH respirator approvals and that the company could no longer manufacture, assemble, sell, or distribute masks under those approval numbers.

“Despite this notice, Defendants continued to market certain of the identified products as MUSA and NIOSH-certified N95s, and sell these products to consumers,” the federal filing alleges. “Defendants have engaged in their unlawful acts and practices willfully and knowingly, and Defendants have continued their unlawful activities despite a previous FTC investigation, and investigations by other federal government agencies.”

The agency’s proposed preliminary injunction order seeks to Harmon and his companies from making further deceptive Made in USA claims as well as enforce the civil penalty for the past deceptive claims.