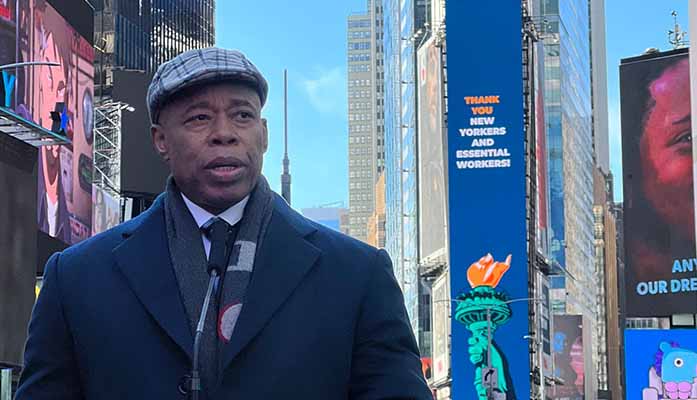 Governor Doug Ducey told Democratic mayors of the nation’s capital and most populous city, respectively, that they shouldn’t complain to him about asylum seekers, but should petition their party since it bears ultimate responsibility. Since April, Texas and Arizona have sent over 4,000 migrants to D.C.

“I fear that they’re being tricked into nationwide bus trips when their final destinations are places all over the United States of America,” said Bowser.

The D.C.-based news outlet, WUSA9, reported that several asylum seekers were told by Texas and Arizona officials that they would be given further transportation to their final destinations after traveling to D.C. These accounts would corroborate Bowser’s claim.

However, Ducey asserted that Arizona only provided asylum seekers with voluntary transportation to Washington, D.C. Additionally, the governor insisted that the mayor was getting a taste of her party’s own policies.

“Welcome to our world, @MayorBowser. Now work with your party, your Congress, and your President to do something about it,” stated Ducey.

Ducey added that the only “trick” played on asylum seekers is one played by the Biden administration.

Ducey later tweeted that Bowser’s accusations were offensive to the homeless shelters and nonprofits of Arizona and other border states because they’re also overwhelmed.

In a statement to WUSA9, Ducey’s communications director, C.J. Karamargin, said that they were unaware of anyone misleading the asylum seekers.

“If anyone is being misled, we certainly want to know about it,” stated Karamargin.

Abbott spokespersons also declared to WUSA9 that they didn’t mislead the asylum seekers.

“President Biden created the crisis at the border — he’s failed to respond to calls for action and refuses to even visit the border, so we’re bringing the issue a little closer to home for him,” tweeted Ducey. “The President’s policies have placed overwhelming burdens on Arizona communities. It’s convenient that these liberal mayors are finally speaking up on this humanitarian crisis once it affects their communities, even though our program does not charter to New York City.”