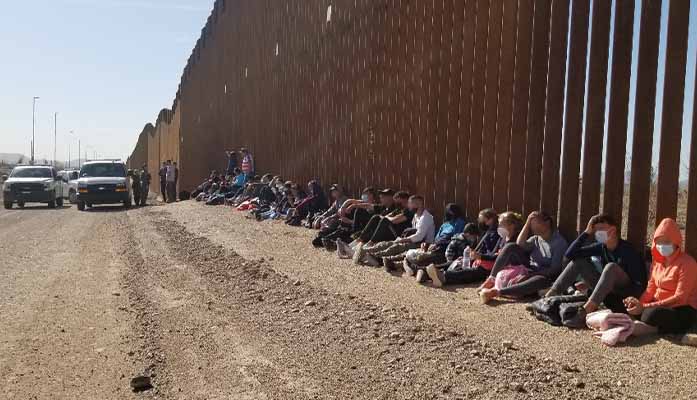 The announcement that a federal judge has temporarily blocked President Joe Biden and his administration from lifting a Title 42 public health order at the Mexico border on May 23 was welcomed news to the communities and law enforcement agencies still reeling from the ongoing influx of undocumented migrants which started after Biden was sworn in.

Federal officials admitted to Judge Robert Summerhays with the U.S. District Court for the Western District of Louisiana that once Title 42 is fully lifted, the number of border crossings are expected to “increase significantly” to as many as 18,000 migrants each day. As a result, last Friday the judge granted a request by 21 states for a preliminary injunction which forces the White House to comply with various federal rules before making any more changes to Title 42 enforcement.

In March 2020, the Centers for Disease Control and Prevention (CDC) under President Donald Trump invoked Title 42, which is part of the Public Health Services Act of 1944 aimed at preventing the spread of communicable diseases in the country. Title 42 allows federal officials to suspend the right to introduce migrants -including those seeking asylum- by sealing the land borders into the United States and expelling crossers back into Mexico or return them to their home countries.

Biden later loosened Title 42 to no longer apply to unaccompanied children or to certain migrants who can show a “significant law enforcement, officer and public safety, humanitarian, or public health” interest.

For the month of April 2022, only 42 percent of crossers were expelled under Title 42, according to a report issued by Rep. John Katko of New York. By then, the CDC had announced Title 42 would end May 23, to be replaced by unspecified plans to control COVID-19 in other ways.

Arizona is among the states named as plaintiffs in the lawsuit, which contends the end of Title 42 will bring “much greater numbers of paroled aliens with non-meritorious asylum claims who were induced to enter the United States because of the Termination Order.”

Summerhays was assigned the states’ lawsuit and issued a temporary restraining order against Biden, the CDC, and federal immigration officials to keep Title 42 in place until the legal challenge is complete.

Part of that challenge involves ensuring the U.S. Department of Homeland Security has a workable a plan ready to implement for border operations once Title 42 is lifted. The Administrative Procedures Act (APA) requires a public notice period, with sufficient time for comment, before the CDC’s Title 42 order can be ended. And there is a requirement that the CDC show its proposed change is not “arbitrary and capricious.”

The lawsuit contends keeping Title 42 in place until an APA-compliant plan is in place will prevent “an imminent, man-made, self-inflicted calamity: the abrupt elimination of the only safety valve preventing this administration’s disastrous border policies from devolving into an unmitigated catastrophe.”

Summerhays was asked to change the temporary order into a permanent injunction, which he considered last week. His May 20 ruling notes the states provided sufficient evidence to support their argument that the CDC’s announced termination of Title 42 will increase community and state costs for healthcare, education, and public safety as a result of “increased border crossings and that, based on the government’s estimates, the increase may be as high as three-fold.”

“I’m grateful to the court for upholding the rule of law and helping maintain some level of sanity as we continue to battle the Biden-made border crisis,” Brnovich said.

In the meantime, U.S. Border Patrol Chief John Modlin of the Tucson Sector continues to tweet about the never-ending group of undocumented migrants and deadly fentanyl coming across the southwest border.

Modlin announced earlier this month that Tucson Sector agents hosted a binational training for immigration officers assigned to the Instituto Nacional de Migración. The training held at the Nogales Station included first aid and fentanyl exposure. It will enhance the handling of emergencies along the shared border, Modlin noted.

Modlin also recently hosted a delegation from Poland and the Baltic states to discuss  border security best practices. And he shared information about that two large groups of had been encountered by USBP agents near Lukeville.

Those taken into custody were citizens of Brazil, Chile, Cuba, Guatemala, and Peru.