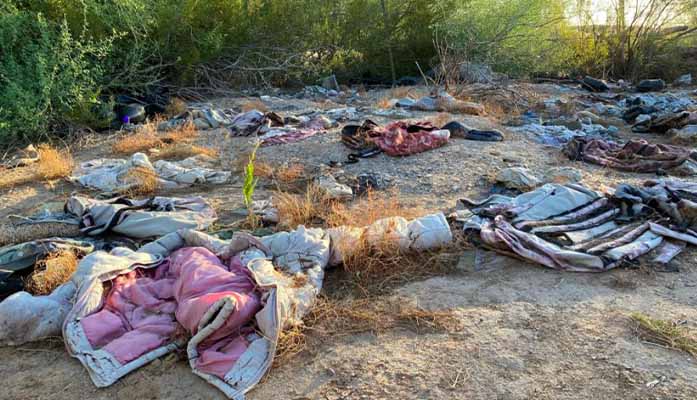 Mexico’s cartels should be designated as foreign terrorist organizations (FTOs) for their role in President Joe Biden’s border crisis, according to governor-hopeful and previous congressman Matt Salmon. If cartels were designated as FTOs, federal prosecutors would have more power and reach to take action on them and their allies, such as drug traffickers or foreign nationals.

Previous President Donald Trump toyed with the idea of designating Mexican cartels as FTOs but scrapped it after multiple advisors recommended against it, suggesting that doing so would hurt relations with Mexico. Trump’s initial inclination to classify Mexican cartels as FTOs was prompted by the 2019 massacre of nine dual citizens, a Mormon family, by suspected drug trafficking members.

Federal law lists three criteria necessary to classify something as an FTO: it must be foreign, engaged in or planning terrorist activities, and posing a threat to the country’s national security or any nationals. Such a designation would fall under the Department of Homeland Security Secretary Alejandro Mayorkas’ purview. Texas Governor Greg Abbott suggested the same back in April in a letter to Mayorkas.

According to federal law, terrorist activities are:

Salmon’s suggestion occurred during an interview with AZ Free News about his latest visit to the border in Vekol Valley last week. Salmon confirmed that he’s visited various parts of the border at least over ten times, including Yuma and Sierra Vista.

Americans learned last week that Biden drove by the border once 13 years ago. Other than that, the president has reportedly never visited the border in his life.

Salmon recounted to AZ Free News that the desert was covered with so much trash – like discarded clothes and water bottles – that it looked like a “rummage sale.” He also remarked on how the signs warning visitors of human and drug smuggling were riddled with bullet holes.

Most of the discarded clothing was similar, said Salmon: piles of camouflage gear and “carpet shoes,” which are cloth shoes that illegal immigrants and cartel members slide over their tennis shoes or boots to muffle their steps and cover up their tracks.

The discarded clothes are left behind by the historic number of illegal immigrants: 1.7 million. That’s only counting encounters and apprehensions, not “got-aways:” those never encountered at all. Leaked information from anonymous border patrol agents revealed that around 30,000 to 40,000 got-aways have occurred each month since Biden took office.

The cartels aren’t just bringing illegal immigrants. They’re trafficking drugs. The vast majority of fentanyl in the country comes from across the southern border. The effects of this are already evident in Pima County: their proximity to the border has made fentanyl overdoses the leading cause of death for people under 19. Cartels will sometimes have the migrants

“This is a human rights crisis of epic proportions,” said Salmon. “Why [is the Biden Administration] turning a blind eye to all this human suffering that’s going on at the border?”

Salmon knows of one family whose athlete son died from an overdose after unintentionally purchasing a muscle relaxer laced with fentanyl on the internet.

The gubernatorial candidate expressed his disgust for how the entire Biden Administration continues to ignore the border crisis.

“I’ve been very vocal that Mayorkas should step down and resign in shame. This has all happened on his watch,” asserted Salmon. “The current administration under Biden is dismal. They won’t recognize that this is a crisis.”