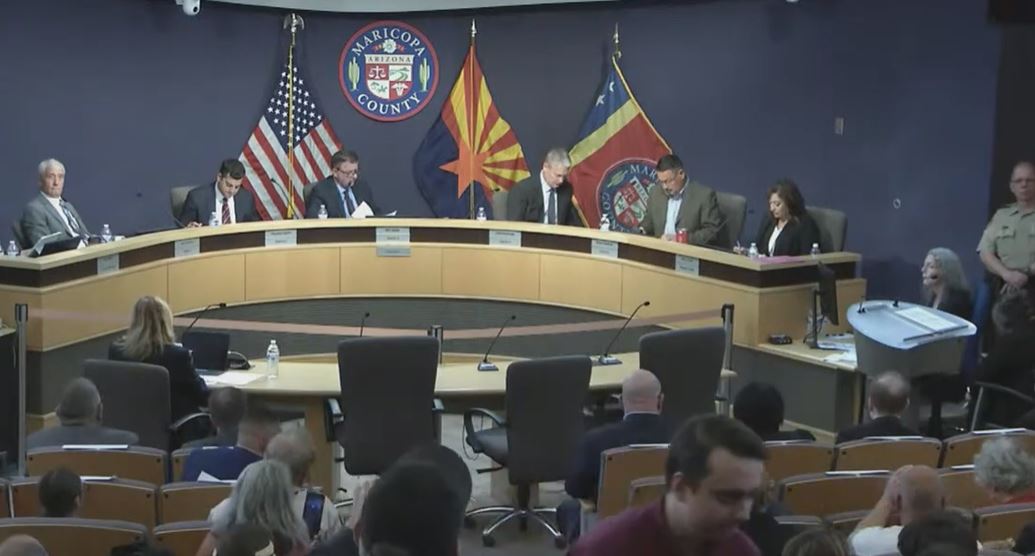 Maricopa County ended the public comment portion of its Monday meeting certifying the election results with compliments from a Democratic activist.

The final speaker after an hour and a half of public comments was Blake Lister: a 2020 Arizona State University (ASU) Barrett Honors College political science graduate who worked recently with the Human Rights Campaign (HRC) to lobby for the Equality Act. That legislation would protect sexual orientation and gender identity under the Civil Rights Act.

Lister said he is a supporter of the Constitution as instituted by the Founders. Lister thanked the county for upholding election integrity. His remarks prompted angry outbursts from the audience.

“As an American citizen, I am a supporter of our Constitution and the process for our republic our founders set out for us over 200 years ago: that we are a republic chosen for us by We the People through our Democratic process,” stated Lister. “While being faced with threats, including threats on your life Mr. Gates, this board, the recorder, and county employees, many of them temporary, worked tirelessly long, 16-plus hour days to count every vote in a manner as timely as possible.”

Leading For Change (LFC) was founded by Beth Meyer: a former executive for the Center for Progressive Leadership and Planned Parenthood of Central and Northern Arizona. Meyer also founded and serves on the board of AAN.

Their board of directors previously included governor-elect Katie Hobbs when she was the Senate minority leader.