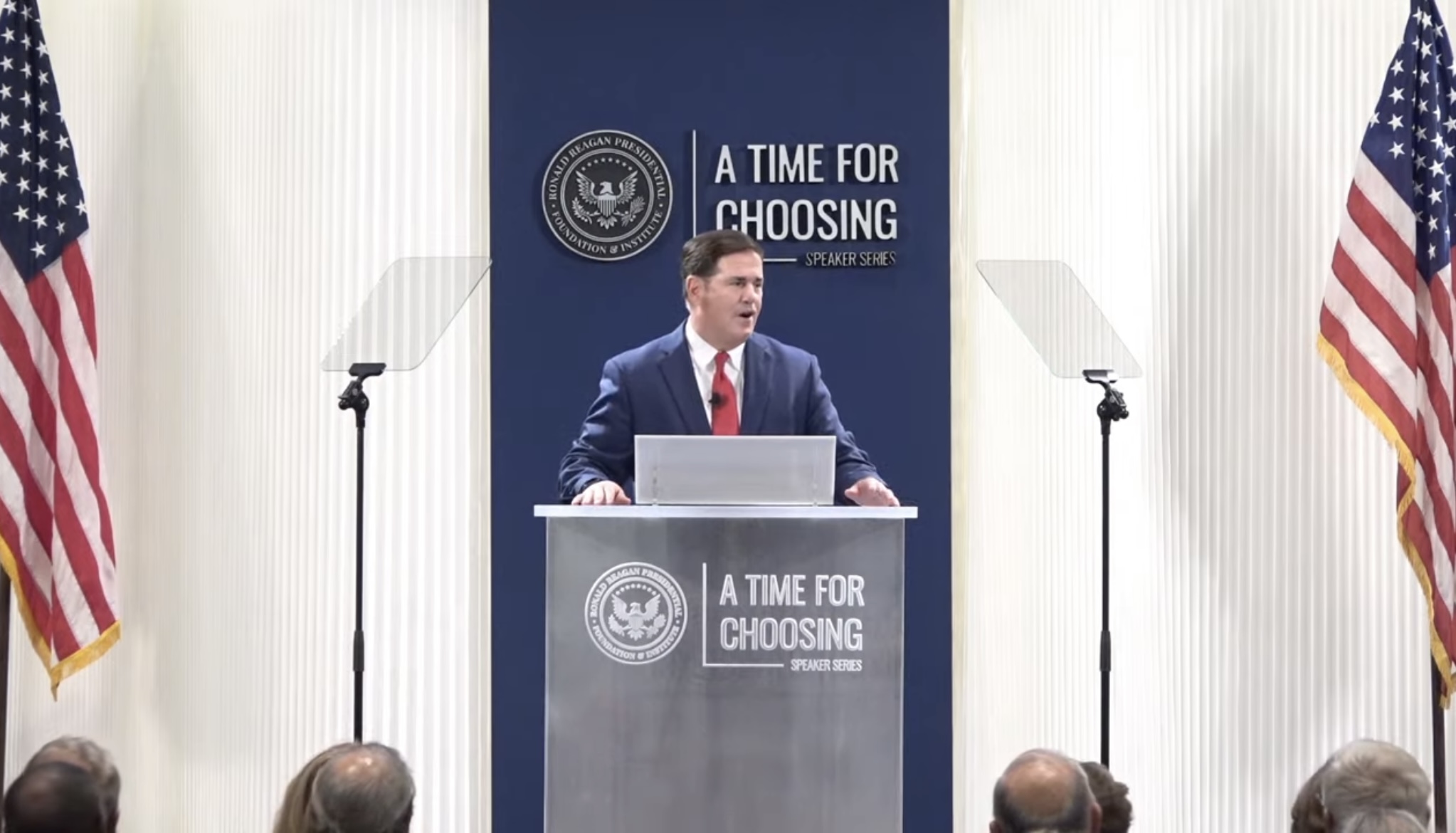 Tuesday night, Gov. Doug Ducey was joined by his family in Simi Valley for his featured appearance as part of the Ronald Reagan Presidential Foundation & Institute’s “A Time For Choosing” speakers series.

The emphasis of the series is to hear from the leading voices in the conservative movement. And Ducey’s social media comments before and after the event show he was honored to be invited to speak.

At the beginning of his speech, the governor described the Ronald Reagan Presidential Library as “a monument to not only a great president, but a great man who built the modern conservative movement” and who inspired many, including Ducey.

“Ronald Reagan’s sentiment remains today,” Ducey said. “​​Most of us can say unflinchingly – while far from perfect – we remain the single greatest country in the history of the world.”

The governor also used his speech to address the importance of federalism.

And he used the appearance at the Ronald Reagan Library to express his concerns with the direction of the Republican Party at the federal level, calling out what he sees as the “dangerous strain of big government activism.”

Ducey also spoke of the many achievements under his eight years in office.