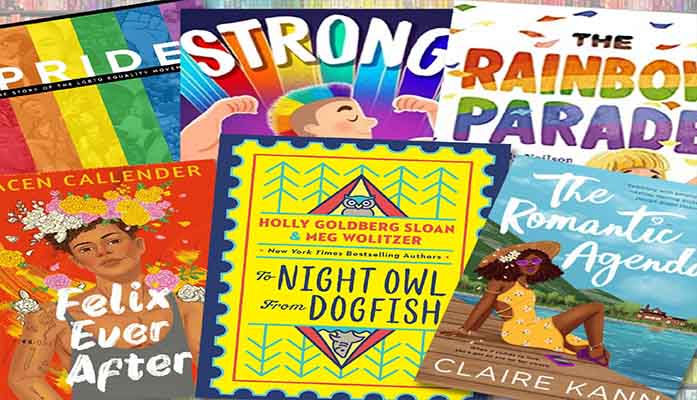 On Sunday, Maricopa County used its official social media accounts to tell residents to educate themselves about the LGBTQ+ history. The post comes midway through what some of the country recognizes to be Pride Month, acknowledgment and celebration of LGBTQ+ lifestyles.

For those under 10 years old, the picture books were “Strong” by Eric Rosswood, about the world’s only openly-gay powerlifter; “The Rainbow Parade” by Emily Neilson, about a lesbian couple who help their little girl work past her nerves to attend her first Pride parade; “Twas the Night Before Pride” by Joanna McClintick, about families preparing for a Pride parade; “My Moms Love Me” by Anna Membrino, and “Plenty of Hugs” by Fran Manushkin, about children raised by lesbian couples; “What Are Your Words” by Katherine Locke, about gender identity pronouns; “Two Grooms on a Cake” by Rob Sanders, about the first wedding between two gay men before it was legalized; “Sam is My Sister” by Ashley Rhodes-Courter, about a family encouraging their gender-confused little boy to become a transgender girl; “Daddy & Dada” by Ryan Brockington, about a little girl raised by two gay men; “It Feels Good to Be Yourself” by Theresa Thorn, about gender identity and transgenderism; “Kind Like Marsha” by Sarah Prager, about historic LGBTQ+ individuals; and “Cinderelliot” by Mark Ceilley, a retelling of Cinderella but with two gay men.

Most reactions to the post were negative. Residents asked why the county was advocating for certain ideologies over others.

“I don’t think government-run institutions should be telling citizens what they should ‘accept and affirm,’ much less celebrate,” replied one Twitter user.

“I wonder, you push ‘Pride Month,’ do you present ‘heterosexual’ lifestyles by offering book readings from the Bible?” replied one Facebook user. “And, in the same book, you can find our creator’s thoughts on LGBTQ+ — since LGBTQ+ isn’t new, it has been around since the earliest times of history (refer to Genesis 19).”

Other residents lamented that the county was focused on social justice agendas instead of issues plaguing the city like the homelessness and violent crime surges.

“This is why Maricopa County must be broken up. Get busy and stop crime. Help with the homeless problem,” replied another Twitter user.

Pride Month originated from the Stonewall Riots, or Stonewall Uprising, in June 1969. The six days of riots were in response to a police raid on a gay bar in Manhattan, New York. At that time, homosexual relations were illegal. A year later, LGBTQ+ activists commemorated the riots with gay pride marches in Chicago, Los Angeles, New York, and San Francisco.