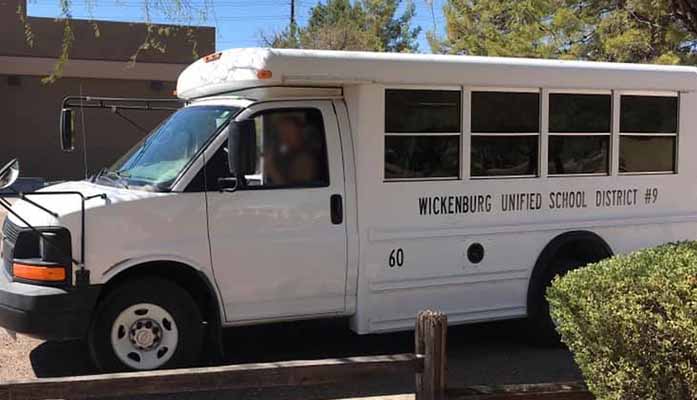 An audit report found Wickenburg Unified School District’s (WUSD) former director of operations, William Moran, had engaged in illicit contract dealings for several years. These findings were presented to the State Grand Jury earlier this week; as a result, Moran has been indicted for four felony counts of fraud, forgery, and conflict of interest.

The truckloads of dirt were delivered and compacted in 2017 at a personal lot that Moran owned. Moran then built a home on the lot spanning over 2,000 square feet, which he sold around two years later for $445,000.

It appears that this house flip presented itself as a lucrative opportunity, especially after his resignation from WUSD in light of allegations of misconduct. Moran currently identifies himself as a self-employed home salesman. As of press time, his LinkedIn bio says that he finished construction on at least two other homes since leaving WUSD, finished another home lot in April, and has had at least three other lots opened up since May.

Additionally, the audit report revealed that Moran allegedly leveraged his position as director of operations to grant the WUSD vendor $30,000 and in return, accept an IOU worth $25,000. The audit speculated that the $5,000 difference had to do with the dirt compacting services.

Moran was also suspected of creating at least two false price quotes for construction services. The audit was unable to determine if Moran had a relationship with either of the vendors related to these false quotes.

The audit report determined that WUSD had failed to provide “adequate oversight” to Moran’s work. However, it did commend the district for taking immediate action after receiving their first complaint that Moran was possibly engaging in illicit conduct. Additionally, the audit commended the district for increasing oversight on construction vendor contracts under $100,000, as well as preventing conflict-of-interest issues.

Prior to resigning over an alleged fake bid in 2018, Moran had worked as director of operations for 5 years, and with WUSD for over 30 years.