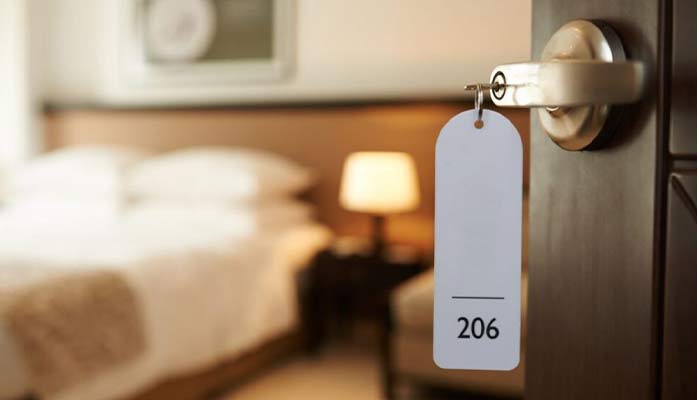 If you’ve tried to book a room at the Suites on Scottsdale (formerly known as Homewood Suites) since May 24, you’ve probably been left frustrated. All the rooms are currently listed as “Not Available” through the rest of the year.

A normal person would likely assume that this is because the hotel is going out of business. But that’s not the case. Instead, the hotel was secretly converted into a makeshift migrant shelter by the Biden administration almost overnight.

In this recent shady move, the Department of Homeland Security (DHS) and the U.S. Immigration and Customs Enforcement (ICE) paid “Family Endeavors” $86.9 million in a no-bid contract through September 30 to house more than 1,200 migrants at a time in Arizona and Texas. (And in case you’re keeping track, the group also received a second no-bid contract from the Biden administration for $530 million in April.)

That comes out to $352 per bed per day of your hard-earned tax dollars.

While hotel rooms in Scottsdale can certainly be expensive, those rates tend to drop significantly in the summer months. It doesn’t take more than a few seconds to do a search that produces a long list of rooms (not just beds) available at hotels in Scottsdale for $75-$150 a night. That’s because people don’t usually flock to Scottsdale when the forecast says it will be 117 degrees on June 15.

But the outrageous no-bid contracts and extravagant bed rates aren’t the only problem.