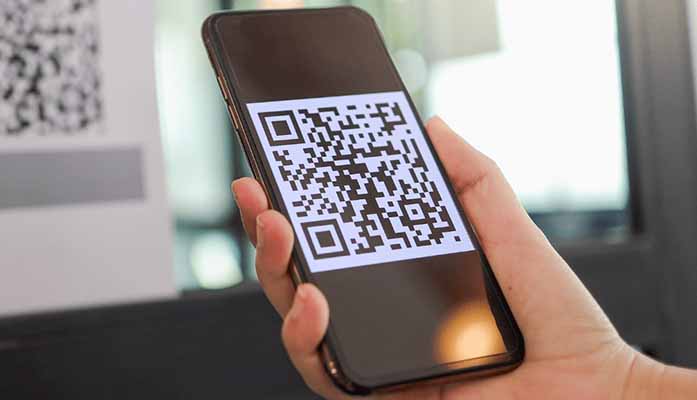 QR codes can be scanned to download a coupon, sign in at a medical appointment, even look at a restaurant’s menu while waiting to be seated. They can also used by cybercriminals to scam people, the FBI is warning.

A QR code is a square barcode that a smartphone camera can scan and read to provide quick access to a website. It can also be used to prompt the user to download an app or process a direct payment to an intended recipient. And businesses large and small utilize QR codes for customer rewards programs.

The popularity of QR codes grew during the COVID-19 pandemic in part due to the contactless nature of the technology. But more and more cybercriminals are now tampering with the codes to surreptitiously redirect victims to a malicious site in order to steal login and financial information, the FBI warns.

“Cybercriminals tamper with both digital and physical QR codes to replace legitimate codes with malicious codes,” the FBI stated. “A victim scans what they think to be a legitimate code but the tampered code directs victims to a malicious site, which prompts them to enter login and financial information. Access to this victim information gives the cybercriminal the ability to potentially steal funds through victim accounts.”

The scammers can also utilize a QR code to embed malware which allows a cybercriminal to gain remote access to a victim’s device, and even redirect money transfers to the criminal, according to the FBI. The cybercriminal can even leverage financial information stolen from the device to withdraw funds from the victim’s bank accounts or credit / debit cards stored on the device.

Companies are advised to consider whether the immediate convenience of offering QR code options is worth the potential cost of dealing with security breaches and disgruntled customers.

And for those consumers who really want to utilize QR codes, the FBI has some suggestions to reduce -albeit not eliminate- the risk of falling victim to a scammer.

According to the FBI:

If you believe you have been the victim of a QR code scam, contact your local police department or sheriff’s office. They may conduct the investigation or refer the matter to the nearest FBI office.