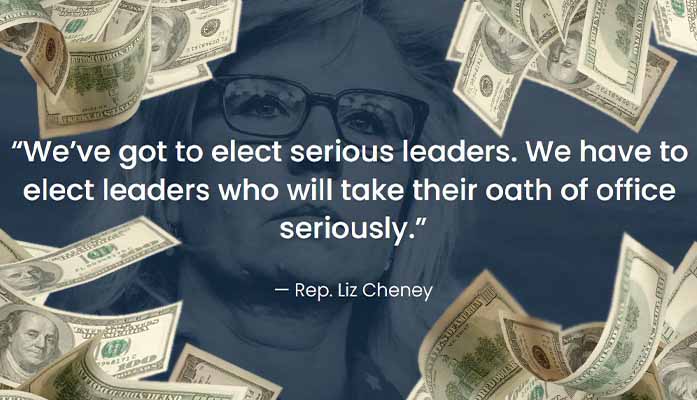 RAP is relying on funds raised through their new political action committee (PAC), the Republican Accountability PAC, established in February. According to Federal Election Commission (FEC) campaign finance reports, the PAC has well over $5.1 million in funding from just 21 donors. Only 8 gave donations of $1,000 or less.

The majority of the PAC’s funds came from the following billionaires bankrolling the Democratic Party, none of which are from Arizona:

RAP is an initiative of the Democratic, “Never Trump” dark money group, Defending Democracy Together (DDT). DDT was one of the top-spending dark money groups in the 2020 election, spending over $15 million to either oppose former President Donald Trump or support President Joe Biden.

Rawles served on the Maricopa County Board of Supervisors (BOS) from 1993 to 1996, then on the Mesa City Council from 2004 to 2008. As a councilman in early 2007, he gained notoriety nationwide for remaining seated and silent during the Pledge of Allegiance at a council meeting, in protest of the Iraq War. In 2012, Rawles failed in a run for District 1 of the Arizona State Senate.

Rawles’ wife, Linda, also has a political history. Linda launched multiple, unsuccessful campaigns in the 1980s in Indiana before coming to Arizona. Then she ran and lost as a Republican for an Arizona congressional seat in 1994.

The Republican Accountability PAC treasurer Sarah Longwell is an avowed “Never Trumper” who claims to be a Republican. Longwell was the first female national board chair for the Log Cabin Republicans (LCR), an organization that advocates for LGBTQ+ acceptance within the GOP and criticized for promulgating a “big tent” GOP and being “Republicans In Name Only,” or “RINOs.”

Longwell resigned from LCR’s board after the organization endorsed Trump’s re-election. She became the publisher of a neoconservative news and commentary site, The Bulwark, with the support of Bill Kristol and Charlie Sykes.

RAP received the endorsement of Maricopa County Recorder Stephen Richer and Supervisor Bill Gates. The pair appeared in a RAP promotional video last September. At the time, Richer told AZ Free News that he appeared in the RAP video because January 6 reminded him of the French Revolution, and he felt it was important to support DDT.

Richer added that his support would make great minds like Edmund Burke, a predecessor to modern conservatism, as well as law and order supporters, proud.

Neither Richer or Gates received compensation for their video appearance.