A Prescott couple is suing the state of Louisiana for its sales tax overreach into their small business, Halstead Bead. The National Taxpayers Union Foundation (NTUF), the Pelican Institute, and the Goldwater Institute will represent Brad and Hilary Scott in the case Halstead Bead v. Lewis, et al. The Scotts’ lawsuit asks that Louisiana provide a single point of contact for their tax collections, rather than requiring businesses to collect taxes for every one of Louisiana’s parishes.

The law permits states to enforce their tax laws and regulations on Arizona businesses — but it wasn’t always that way in the recent past. The national burden on small businesses came over three years ago with the Supreme Court (SCOTUS) ruling in South Dakota v. Wayfair. SCOTUS ruled that states could charge sales tax to out-of-state sellers, with or without a physical presence in their state. The ruling empowered over 11,000 jurisdictions nationwide at the cost of an additional burden to small businesses like Halstead Bead, a small crafts and jewelry supplier based in Prescott.

Halstead Bead owners, Brad and Hilary Scott, reported investing nearly 7,700 hours over the last three years to ensure compliance with the over 11,000 districts nationwide. That amounted to over $297,000 spent on sales tax compliance while only collecting $127,000; or, $2.28 spent for every dollar collected. However, the law doesn’t allow for mistakes with local tax requirements — even unwitting ones.

“I’d rather just send the blank check to the states and not do the collection,” said Brad. “It’s one thing to say, ‘You’re not complying correctly.’ It’s another to be effectively called a criminal for failure to comply with something that is so complex that you can’t do it reasonably.”

The Scotts bear their fair share of burdens in their 28-person company. Brad alone takes on many rolls: payroll, HR, benefits administration, finance, and accounting, to name a few.

“I don’t have this vast team of departments that answers to me. I don’t oversee anything— I’m neck-deep in it on a daily basis,” explained Brad.

In addition to the great financial burden, the Scotts reported other, intangible burdens shared by other small business owners like them: stress and fear. They explained that they’re reliable for all mistakes — even unwitting ones — as both the business and individual owners of the business.

“This is crushing liability. I don’t know how else to say it,” said Hilary. “We used to worry about Arizona, we used to worry about the United States. Now, I’m worried we’re going to run afoul of a law in some county in Louisiana or Colorado that I’ve never even heard of.”

While the Wayfair ruling has been profitable for some states who were reportedly “bleeding revenue” without the ability to tax out-of-state businesses, small businesses like Halstead Bead have been required to make substantial expenditures of time, finances, and resources. One small, family-owned business in Illinois reported spending over $100,000 and a year on a software to assist with compliance, and even then they reported that they will likely spend over $75,000 annually to fine-tune their compliance and training while they keep up with law and regulation changes.

Judge Jane Triche Milazzo, an Obama appointee, is presiding over the Scott’s case. Louisiana officials filed an extension on their response, anticipated December 23. 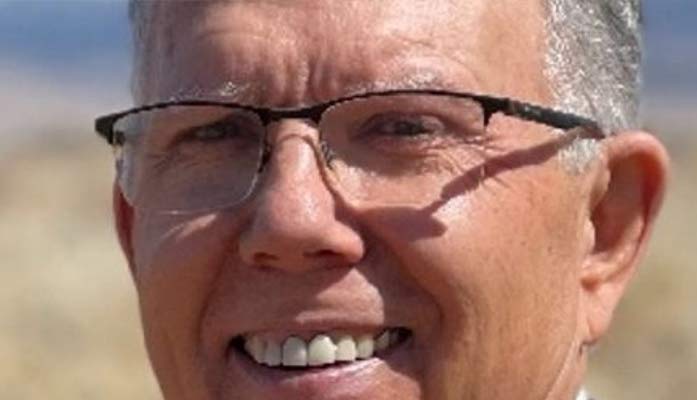 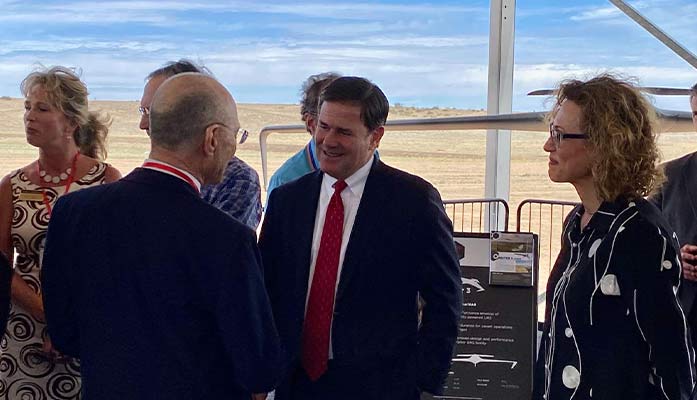 Arizona has received the prestigious “Gold Shovel” award from Area Development Magazine, a leading site selection publication, for the state’s “success in terms of new job creation and company capital investment” in 2020.

In addition, TSMC’s announced $12 billion investment to build a semiconductor fabrication facility in Phoenix was named one of six “Manufacturing Projects of the Year.” Arizona saw economic development wins across the state in 2020, even against the context of a global pandemic. In addition to TSMC, the 2020 projects include:

• Commercial Metals Company, which is investing more than $300 million to build a state-of-the-art steel producing facility in Mesa. The facility’s advanced technology will make it one of the most efficient and environmentally-friendly in the world, while employing more than 180 people;

• PMG Companies, which is opening an advanced manufacturing plant in Lake Havasu, resulting in more than 260 jobs and a $20 million investment;

• Ball Corporation (Red Bull), which is building a manufacturing facility in Glendale leading to the creation of 145 jobs and more than $235 million in investment;

• And Zoom Communications, which will establish a technology hub in Phoenix with 250 employees and a $11 million investment.