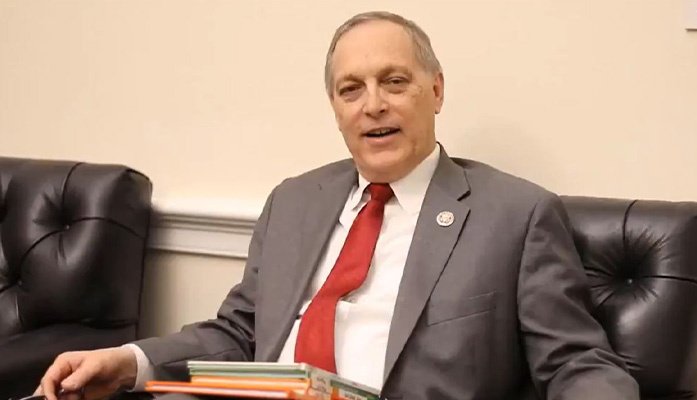 Congressman Andy Biggs (R-AZ-05) announced on Friday that he will file articles of impeachment against Department of Homeland Security (DHS) Secretary Alejandro Mayorkas over the burgeoning border crisis.

In a press release, Biggs called Mayorkas a threat to the country. Biggs intends to file the articles of impeachment in the coming weeks. The congressman hasn’t specified a date.

“Secretary Mayorkas is a threat to the sovereignty and security of our nation. As a result of his actions and policies, America is more in danger today than when he began serving as Secretary. He is willfully refusing to maintain operational control of the border and is encouraging aliens to enter our country illegally,” stated Biggs. “Under his direction, DHS is systematically releasing COVID-19 positive aliens into our communities, subjecting the American people to unnecessary and avoidable risks. Secretary Mayorkas is failing to faithfully uphold his oath of office and is presiding over a reckless abandonment of border security and immigration enforcement, at the expense of the U.S. Constitution and the security of the United States.”

AZ Free News reached out to both Biggs and Mayorkas for comment. Neither responded by press time.

“It’s time to draw a line in the sand, for the sake of our country, our communities, our kids, and those who seek to come here. It’s time to impeach @SecMayorkas for failing to uphold immigration law, enforce Title 42, and secure our border,” said Roy. “We demand a secure border and safe neighborhoods. It’s our country. These are our terms.”

Largest monthly encounter number since 2000. Total is bigger than every full-year total since FY21

As context for his call to impeach Mayorkas, Roy cited the preliminary border patrol numbers on illegal immigrants for July. This included over 205,000 encounters, with 37,400 total known “gotaways.” For the fiscal year 2021, there are 1.3 million of those so far.

Gotaways are illegal immigrants that are observed breaching the border but not apprehended.

Roy noted that these totals reflect the largest monthly encounter for illegal immigrants in all of DHS history. The current total is bigger than every full-year total since last year. In addition to that data, Roy shared that agents and officers have seized over 8,500 pounds of fentanyl during the first nine months of fiscal year 2021 – enough to kill every American citizen five times over.

Then on Monday, Rody led 21 House Republicans to demand answers on the Biden Administration’s border crisis from Mayorkas and DHS on Monday.

“[The] numbers are appalling and are a direct result of the Biden Administration’s weak border policies and your lackluster performance as the Secretary of the Department of Homeland Security. DHS’s mission is ‘with honor and integrity, we will safeguard the American people, our homeland, our values.’ Frankly, you are not fulfilling that mission,” wrote Roy. “The southern border is in crisis despite the Biden Administration’s refusal to call it what it is. The American people can see the numbers, and Americans in communities across the nation are feeling the burden of our open borders.”