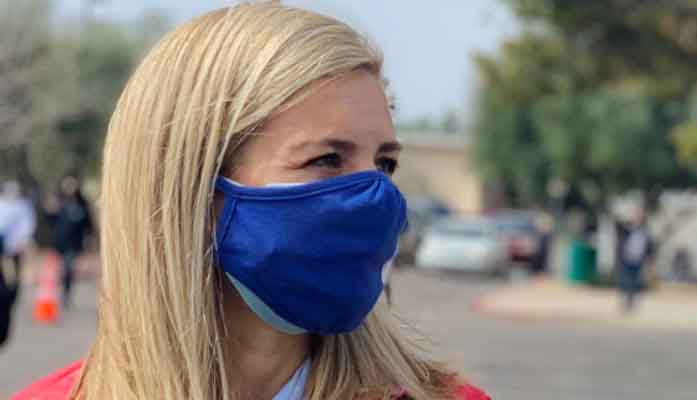 The city of Phoenix set aside $2.8 million for its new Heat Response and Mitigation Office, an initiative to reduce temperatures in the metro area. The city set aside the exact same amount to address its homeless population and offer affordable housing in this year’s budget, as well as similar amounts for various community building enterprises and administrative accountability.

On Monday, Phoenix Mayor Kate Gallego appeared on PBS’s Arizona Horizon to discuss the city’s Heat Response and Mitigation Office, a newly-launched local government sector to tackle dangers posed by urban heat, a phenomenon in which urbanization causes higher temperatures. Gallego explained that a major complaint from her constituents concerned the extreme temperatures in cities within the valley.

“When you’re mayor in the summer people are like, ‘When are you going to do something about the heat?’ And all my colleagues [in] city council got that [question] as well, so now we’re finally doing something,” said Gallego.

Gallego also mentioned the urban heat mitigation efforts would assist the most vulnerable, likely alluding to the homeless populations. Phoenix has an estimated 7,500 homeless people. According to the latest U.S. Department of Housing and Urban Development (HUD) report on homelessness published in January, however, Arizona has nearly 11,000 homeless people. HUD also reported that between 2019 and 2020, Arizona experienced one of the largest increases in the homeless population.

“The urban heat island is a process that leads to temperatures in the center of cities being higher than in the surrounding areas because of the way we build our cities and the types of activities that are concentrated in them, like driving lots of vehicles and operating lots of air conditioners,” explained Hondula.

Gallego explained that several pilot programs preceded the Heat Response and Mitigation Office, such as an initiative to introduce lighter-colored pavements.

According to the mayor, initiatives will include the addition of vegetation into the city, modifying building codes to allow for more sustainable and heat-resistant materials, and even redesigning the city to make it more heat-resistant.

Hondula expressed hope that they could create a cooler metro area, even with climate change.