PHOENIX, AZ – A bill that provides tax relief to small business owners, sponsored by Rep. Joseph Chaplik, which passed with bipartisan support, was signed by Gov. Doug Ducey on Friday. The bill revises state tax structure for taxpayers and protects small business from over taxation by the federal government.

“As promised, I’m glad to help give small businesses the ability to keep more of their hard earned dollars in their pockets by deducting their state income taxes on their federal returns,” Rep. Chaplik told AZ Free News. “This offers them much needed tax relief after a difficult couple of years.”

HB 2838 will not impact the state general fund, but according to Chaplik, will “provide Arizona’s small businesses with more working capital and tax relief without having a negative fiscal impact to the state.”

The federal government is also on board. In November 2020, the Internal Revenue Service issued guidance (Notice 2020-75) that pass-through entity businesses may claim deductions above the $10,000 State and Local Tax (SALT) cap.

HB 2838 is revenue neutral, as the deduction reduces federal taxes owed. It has no negative fiscal impact on the General Fund revenues, and Arizona cities and towns.

On Wednesday, a bill which revises state tax structure passed out of the Arizona House of Representatives on a bipartisan vote and is on its way to Gov. Doug Ducey’s desk. HB 2838, sponsored by Rep. Joseph Chaplik, has no fiscal impact on Arizona cities and towns.

Chaplik says the bill “protects small business from over taxation by the federal government, without impacting the state general fund.”

“Providing Arizona’s small businesses with more working capital and tax relief at this critical moment, without having a negative fiscal impact to the state, is responsible public policy,” said Chaplik.

The 2017 Federal Tax Cuts and Jobs Act (TCJA) placed a cap of $10,000 on the amount of state and local taxes (SALT) that an individual can deduct on their federal taxes. Experts say this hurts employers organized as S Corporations, partnerships and limited liability companies that pay taxes on business profits at the individual level. This has negatively impacted main street businesses by:

The bill was amended in the Finance Committee to ensure that the mechanics of the legislation are consistent with Arizona law, and the Senate Floor Amendment to the Finance Committee amendment was the result of successful discussions with the Executive and the Arizona Department of Revenue. The amendment clarifies how partners and shareholders can opt out of the election, and changes the retroactivity date from January 1, 2018, to January 1, 2021. This is consistent with other states that have adopted SALT parity. 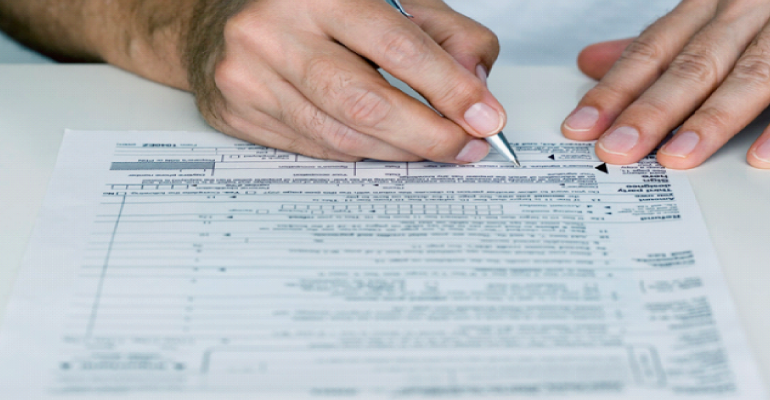 PHOENIX – On Wednesday, the House Ways and Means Committee approved legislation that revises Arizona tax structure for taxpayers and protects small business from over taxation by the federal government, without impacting the state general fund. The vote on HB 2838, sponsored by Rep. Joseph Chaplik, was divided along party lines.

In November 2020, the Internal Revenue Service issued guidance (Notice 2020-75) that pass-through entity businesses may claim deductions above the $10,000 State and Local Tax (SALT) cap. In response, at least seven states have imposed a new tax structure at the pass-through entity level permitting this deduction as intended by the federal government. Under HB 2838, Arizona would join those other states, providing small businesses significant potential tax savings.

“Small businesses are the backbone of the Arizona economy, and I will do everything in my power to protect them,” said Chaplik. “As Arizona businesses recover from an unprecedented economic downturn, I remain committed to providing them every opportunity to thrive in this challenging environment. HB 2838 frees up critical capital for business owners and doesn’t cost the state a dime in tax revenue.

“Republicans voted to help all businesses with tax relief without negatively impacting our state revenues. Democrats voted ‘no’ and are not willing to help their businesses in their districts,” claimed Chaplik.

All 31 members of the House Republican Caucus have signed their support for HB 2838. It will next be considered by the whole House.