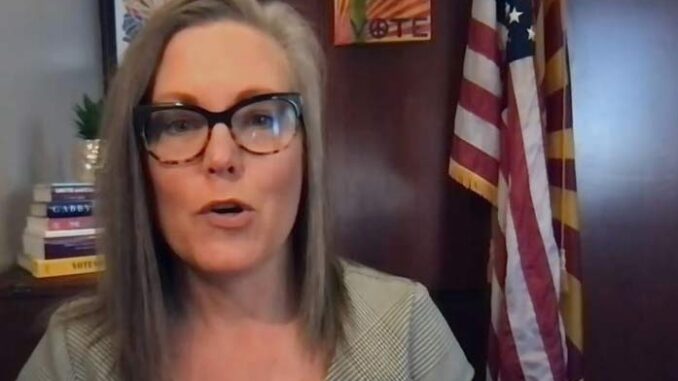 By Jeffrey A. Singer |

Arizona’s Governor and lawmakers are displaying an enlightened shift in strategy addressing the overdose crisis. After the state experienced an estimated 48 percent jump in overdose deaths during the first eight months of 2020 (a 32 percent increase in most populous Maricopa County in all of 2020), they decided to embrace harm reduction.

On May 14 the Arizona House voted 48–11 to pass SB 1486, which removed fentanyl test strips from the list of legally prohibited drug paraphernalia, after the Arizona Senate voted unanimously in favor of the bill. On May 19, Governor Ducey (R) signed it into law.

Fentanyl test strips, made by a Canadian biotechnology company, were designed for urine drug screening. The tests strips are not approved for sale in U.S. drugstores or other outlets by the Food and Drug Administration, but harm reduction organizations—including “needle exchange” programs— have been buying them and handing them out to IV drug users who use them “off‐​label” to test heroin, cocaine, and other drugs for the presence of fentanyl. Researchers claim the tests strips are highly accurate and can detect up to 10 analogs of fentanyl. They also find they save lives by causing drug users to use smaller amounts and/​or take a drug more slowly when they detect it contains fentanyl.

When signing the bill into law, Governor Ducey said:

We want everyone who is using drugs to seek professional treatment. But until someone is ready to get help, we need to make sure they have the tools necessary to prevent a lethal overdose.

Speaking of “needle exchange” programs, syringe services programs (SSPs), the term public health professionals use for “needle exchange” programs, are endorsed by the National Institute on Drug Abuse, the Centers for Disease Control and Prevention, the National Academy of Science, Engineering, and Medicine, and the American Medical Association. In January 2020, then‐​Surgeon General Jerome M. Adams and Professor Ricky D. Bluthenthal of the University of Southern California Keck School of Medicine spoke at the Cato Institute on the benefits of syringe services programs. They are proven to reduce the spread of HIV, hepatitis C, and other infectious diseases. They also serve to reduce overdose deaths because one of their services is to distribute the overdose antidote naloxone as well as fentanyl test strips and other drug‐​testing materials. Dr. Adams pointed out SSPs offer the added benefits of screening IV drug users for hepatitis and HIV so they can get treatment, and bringing many of them into rehab programs.

Thirty‐​nine states (including the District of Columbia) had laws in effect on August 1, 2019, that removed legal impediments to, explicitly authorized, and/​or regulated SSPs. Thirty‐​three states had 1 or more laws consistent with legal possession of syringes by SSP participants under at least some circumstances. Changes from 2014 to 2019 included an increase of 14 states explicitly authorizing SSPs by law and an increase of 12 states with at least 1 provision reducing legal barriers to SSPs. Since 2014, the number of states explicitly authorizing SSPs nearly doubled, and the new states included many rural, southern, or midwestern states that had been identified as having poor access to SSPs, as well as states at high risk for HIV and hepatitis C virus outbreaks. Substantial legal barriers to SSP operation and participant syringe possession remained in >20% of US states.

Until now, Arizona was among the states where paraphernalia laws prevented SSPs from operating out in the open. At least four such programs, all privately funded, have been operating in the state but constantly fear police interdiction—as do their clients. If they were explicitly legal, they could establish permanent locations and raise funds.

After an unsuccessful attempt to legalize syringe services in 2018, then‐​Representative Tony Rivero (R‐​Peoria) tried again in 2020. I testified on the benefits of SSPs before the House Health Committee in February of that year. A bill to legalize syringe services passed the House 50–10 but died in the Senate. This year Senator Nancy Barto (R‐​Phoenix) introduced SB 1250, legalizing SSPs. The Arizona Senate passed the bill unanimously in mid‐​April, and it passed the House 56–2 with 2 abstentions on May 18.

The bill requires operators of SSPs to “offer disposal of used needles and syringes,” but unlike laws in some states, it does not require one‐​for‐​one exchanges with people who access the programs. One‐​for‐​one requirements pose an undue burden on syringe services programs. The priority should be getting clean paraphernalia out to users in order to reduce the spread of disease. The Arizona law gets the priority right.

After multiple unsuccessful attempts, it is gratifying that Arizona lawmaker’s views evolved from initial reluctance to a now near‐​unanimous embrace of harm reduction as a rational, evidence‐​based, and compassionate approach to the drug overdose crisis. Add the enactment of these two harm reduction measures to the recent enactment of HB 2454, which allows Arizonans to access telehealth services from health care practitioners who hold out‐​of‐​state licenses, and 2021 is proving to be a year in which the rest of the country can look to Arizona for leadership in health care reform. 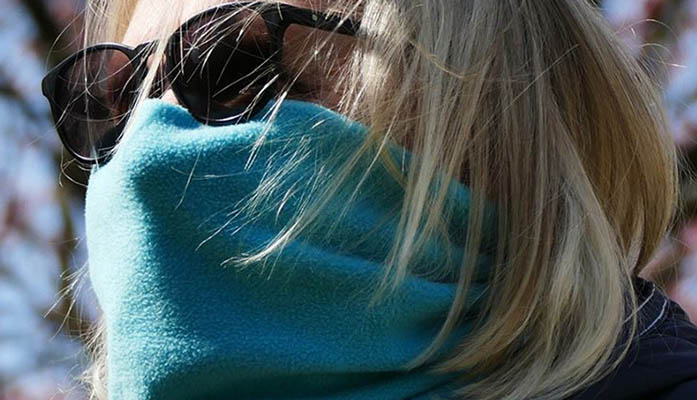 On Thursday, the Arizona State Senate approved HB 2770, dubbed the mask “Freedom Bill,” sponsored by Rep. Joseph Chaplik. The bill asserts a business is not required to enforce a state, city, town, county or other jurisdiction’s mask mandate on the businesses’ premises.

BREAKING NEWS! HB 2770, the mask freedom bill just passed the Senate. Not one Democrat voted for it. They hate freedom. Now it goes to Ducey. Thanks Rep @JosephChaplik. pic.twitter.com/cPVxpR0EXc

“The need for this bill now is more evident than ever,” said Chaplik. “Recent developments show that without a protection in law, businesses and their customers are subject to the decisions of local rogue politicians who want to control you indefinitely. This bill did not receive any Democrat votes throughout the entire process. I would hope the Governor signs this bill as it does exactly what his temporary executive orders do, but now permanently.”

The bill will now be transmitted to Governor Ducey.

On June 17, 2020, the governor issued Executive Order 2020-40 authorizing a county, city or town, based on conditions in the jurisdiction, to adopt policies regarding the wearing of face coverings in public for the purpose of mitigating the spread of COVID-19.

We appreciate what the governor did today in making mask enforcement optional for businesses.

That is exactly what my bill, #HB2770 was written to do, but long term.

The local mandates were a divisive policy without any data to back them up.