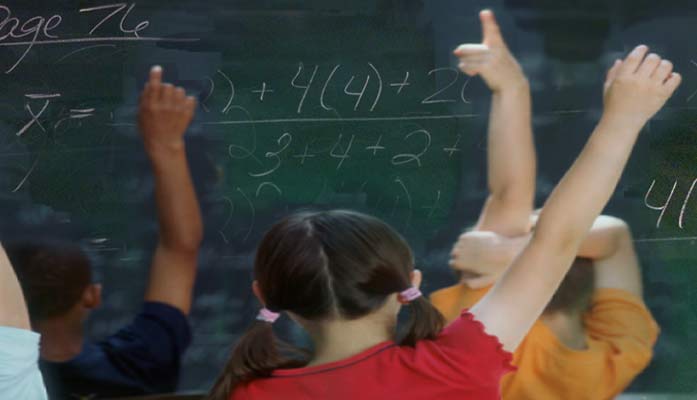 I recently took the test required for US citizenship applicants. It consisted of 20 out of 100 possible questions.  It was shockingly simple.

Joe Biden, Kamala Harris and the Constitution were all answers to straightforward questions. Probably the most difficult question was the minimum voting age (18).  I’m no scholar but there was no doubt about any answer.

Yet only one of three American adults can achieve the 60% pass rate. It’s another stark reminder of the sorry condition of our public education system.

You see it everywhere. Most third grade graduates can’t read. High schools award diplomas to students with eighth grade (or worse) academic skills. Colleges must give remedial instruction before freshpersons can tackle even the most basic courses.

America still has an academic elite which produces world leading research and wins prizes, but we suffer at every other level from the lack of academic attainment. Achievement scores have been stagnant for over 50 years, since teachers’ unions assumed de facto control of our public school systems.

Nothing new here, but the public school monopoly has been remarkably successful in fending off desperately needed reforms, like universal school choice. Instead of taking accountability for failures, they simply change the standards.

Arizona has had several iterations of “high stakes“ achievement tests in the last few decades, all created in response to unacceptably high failure rates on previous tests. Yet the public school monopoly is widely supported in demanding yet more money while delivering an inferior product.

The SAT and ACT college entrance exams have also quietly inflated their scores but they still serve as a useful tool for colleges in the admissions process. They prevent gaming of the system by grade inflation and help colleges identify students likely to be successful.  Meanwhile, worthy but overlooked students are provided a pathway for proving themselves..

But this month, the University of California system announced it will no longer consider the SAT or ACT in their admissions process on the basis that they employ “racist metrics“. Over half of American four year colleges and universities also have dismissed these tests as requirements for the incoming class in 2021.

The truth is these tests have been thoroughly scrubbed for bias.  They’re not racist in any honest sense of the term except that they produce differing results for racial groups.  Biased testing is not the explanation, which more likely lies in in unequal opportunity and effort among the groups.

However, high-end charter schools have shown that children of all races can learn when given the encouragement and rigorous instruction necessary. The mainstream response to these successes has been not emulation but attempts to shut them down or at least limit their growth.

Far from focusing on pathways to success, many public school systems are now promoting the notion that achievement itself is racist. Math instruction is considered to be biased against minorities because of its insistence on one right answer. “Show me your work“ is white. No, really.

Oregon and California are among states developing courses for teaching “equitable math instruction“. Worse, many public schools are starting to teach outright racial hate. Critical Race Theory has likely come to a school near you, without bothering to notify parents.

This is the notion that racism and slavery were the founding principles of America.  White people alone are inherently, incurably racist. They must own their racism rather than deny it or advocate racial equality, which only proves their guilt.

We are facing an uncertain future if we continue to produce an uneducated, polarized citizenry.  The ray of hope may lie with parents made newly aware during the Covid epidemic.

Reports are growing of concerned parent groups rising up around the country to protest the academic failings and intolerant teaching prevalent in our public schools. May their tribe increase.