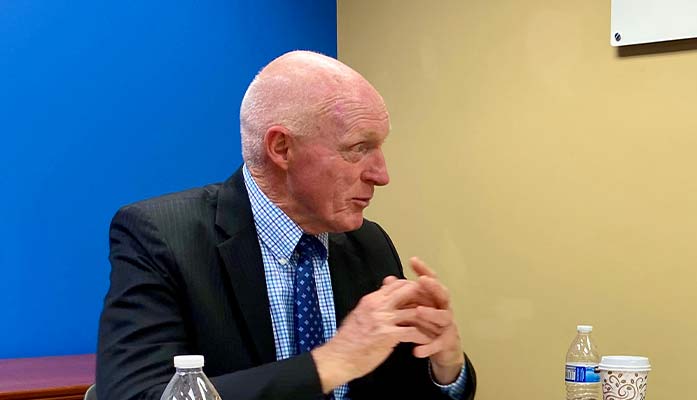 In a decision seen by some as desperation and others as a brilliant strategic move, House Speaker Rusty Bowers has ordered his 59 fellow Representatives back to work Monday to take up 11 stalled budget bills.

Whether Bowers and other House leaders can pull together 31 votes -the same number of the Republican House caucus- is unclear, but House Majority Leader Ben Toma believes it is time for members to put up or shut up.

Amendments are expected to be proposed for all the bills but there is no guarantee any bill will receive the requisite 31 votes for passage. But Toma said last week taking the bills to the floor will force each representative to go on the record with a vote, something that could come back to haunt some lawmakers if the state government is shut down due to no new budget.

Toma spent months on the budget team before the budget bills were put forth last month with the blessing of Gov. Doug Ducey. He said it is a “constitutional duty” for representatives to vote on the bills, but for those who believe what is  on the table is “not good enough, they’re going to need to explain why it’s not good enough, to their constituents and pretty much everyone else.”

Among the issues is how much of the more than $1 billion surplus to spend now, how much to turn toward the State’s debt, and how much to give back to taxpayers via tax cuts.  There is also disagreement over how to phase in a flat rate income tax that is expected to result in a 10 to 12 percent drop in state revenues.

Last week Speaker Pro Tempore Travis Grantham said it was time to look beyond who was at fault with the original budget plan that did not have better support. Instead, he said it was time to work on finding a consensus to get a budget passed so the legislature can adjourn.

But for that to happen, Grantham says some lawmakers need to realize the surplus “is the people’s money, it’s not the government’s money” and move forward with approving tax cuts.

There is also the issue of 22 bills, all Republican supported and some with unanimous bipartisan support, which Ducey vetoed out of frustration with the progress being made on the budget bills.  Some legislators are insisting that there needs to be assurance that those bills will all be reintroduced and signed by Ducey before they will vote for the budget.

The Senate is currently set to come back June 10, although Senate President Karen Fann could call everyone back on 24-hours. Like the House, Fann has a handful of budget-objectors in the Republican caucus whose votes are necessary for passage of the budget bills.