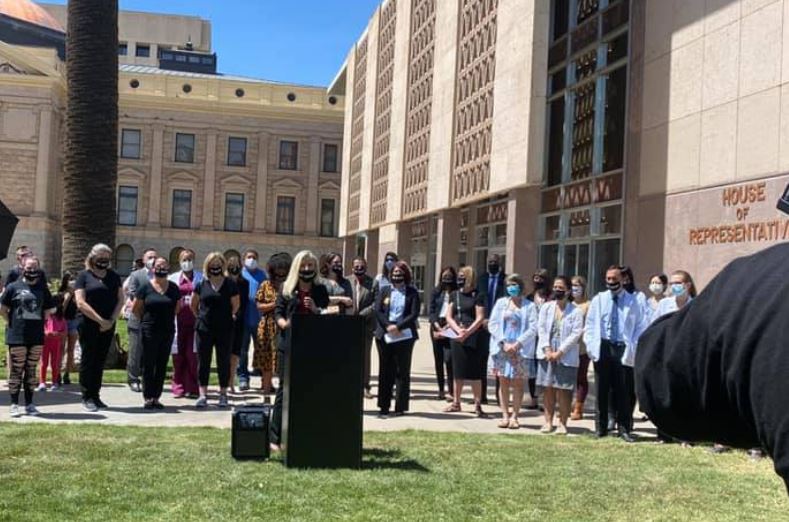 Gunnigle issued the denial in response to a text campaign survey which asked voters about their attitude toward Gunnigle’s connection to an abortion clinic that “violated federal law by harvesting and selling organs for profit.” Gunnigle called the allegation a “new low” and denounced her opponent, Maricopa County attorney Rachel Mitchell, for having supporters that would issue the text.

“This ‘survey’ which is untrue, hurtful, and reprehensible has no place in politics and is a disservice to her constituents, particularly coming from someone in an office reeling from lack of integrity,” stated Gunnigle.

The origins of the allegation that Gunnigle partnered with a fetal organ harvesting operation likely originated with a viral report from earlier this month. The Washington Free Beacon reported on Gunnigle’s campaign event in 2020 with Camelback Family Planning, an abortion clinic that harvested and sold fetal organs from 2010 to 2015.

The House Committee on Oversight and Reform has a “Planned Parenthood Fact v. Fiction” page countering Daleiden’s claims. The committee notes that Planned Parenthood recoups only the cost of transferring the fetal parts, drawing the distinction between “sale” and “profit.”

In March, months ahead of the Supreme Court (SCOTUS) ruling overturning Roe v. Wade, Gunnigle pledged to not prosecute anyone who broke laws limiting or prohibiting abortions if elected.