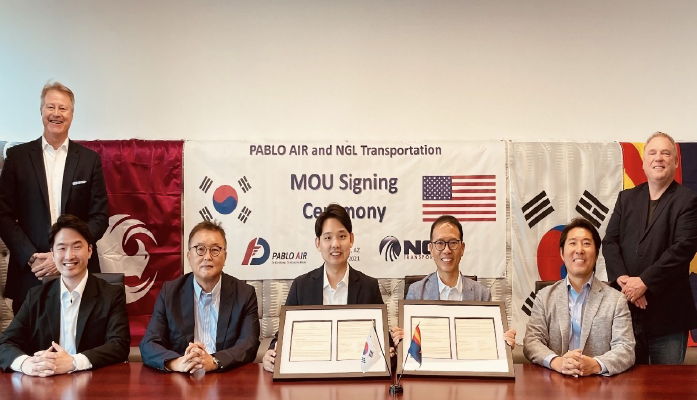 Fresh off a trip to Atlanta for the annual conference of the Association for Unmanned Vehicle Systems International (AUVSI), the president of Aerospace Arizona Association says the UVS industry in Arizona continues to grow, as a South Korea recently opened a subsidiary in Maricopa County.  A UVS is often referred to as a drone.

According to Mignonne Hollis, Aerospace Arizona promotes the aerospace industry throughout the State of Arizona. The organization informs its members on legislative, regulatory, safety and technical issues, while also educating federal, state, county, and local elected officials on the importance and necessity of policies that facilitate a thriving aerospace industry in Arizona.

In addition, several Aerospace Arizona representatives were in attendance, including Hollis, Lorie Grabham of American Airlines, Steve Latino with ASURE, Adam Hawkins of Global External Relations, and an official of PABLO AIR, a South Korea company which recently filed incorporation papers with the Arizona Secretary of State for a subsidiary, PABLO AIR International.

“While the conference was much smaller than it has been in previous years, we were able to make solid contacts and connections for Arizona – particularly the Benson Airport as it truly is a prime location for testing unmanned systems,” Hollis told AZ Free News.

One company that has already committed to using Benson’s municipal airport as a test site is PABLO AIR, which recently announced an MOU with three Arizona-based businesses to advance its proprietary unmanned drone delivery system platform into the United States.

The companies working with PABLO AIR are NGL Transportation, a Phoenix-based logistics company whose customers include Walmart and Amazon, as well as Delivery-EZ, a developer of unmanned home-delivery box systems also based in Phoenix. Hollis said Aerospace Arizona is the third business in the MOU, providing PABLO AIR a local test bed and institutional support, including information on FAA flight regulations.

PABLO AIR was announced as a 2021 finalist for AUVSI’s Excellence in Operations award which honors innovators who have shown a demonstrated commitment to advancing autonomy, leading and promoting safe adoption of unmanned systems, and developing programs which use UVS technologies to save lives and improve the human condition.

“We plan to demonstrate PABLO AIR’s unique technology in the global market by implementing practical commercialization along with demonstration of delivery in the United States, for the first time as a Korean drone startup,” said Kim Young-Joon, CEO of PABLO AIR.

Young-Joon added that the company has long-term goals to help resolve issues with the efficiency of various mobility vehicles, such as self-driving trucks, unmanned ground robots, and delivery drones.

Hollis said the aerospace industry is one of the largest economic sectors in Arizona. There are more than 1,200 companies engaged in the market in Arizona, which ranks the state as 5th in the U.S. for aerospace employment.