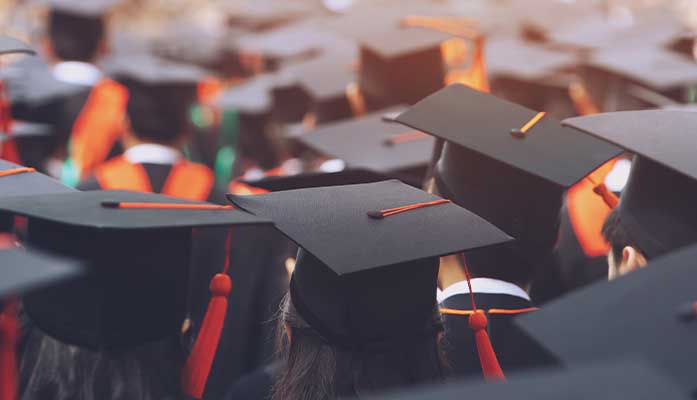 Over 1.3 Million Arizonans Will Have Billions In Student Loans Paid For By Taxpayers

At least 1,365,700 Arizonans will have about $19.2 billion in student debts forgiven through President Joe Biden’s student loan forgiveness handout. Those numbers could be much higher, since the U.S. Department of Education (USDE) noted in a Tuesday press release that they were unable to pinpoint the home states of over 5.1 million individuals with student debts.

The Biden administration’s plan prioritizes those with lower income. Nearly 90 percent of student relief funds will go to those earning less than $75,000 a year. For Arizona, that’s about $17.2 billion of the student loans that will be forgiven.

The USDE explained in a Tuesday press release that lower income borrowers were prioritized in order to “narrow the racial wealth gap.” The DOE noted that nearly 71 percent of Black individuals and 65 percent of Latino individuals with student debt were Pell Grant recipients.

In addition to issuing mass student loan forgiveness, the Biden administration extended its moratorium on student debt payments until January 2023.

Members of Congress were quick to point out that Biden’s declaration on Sunday that the pandemic is over meant that his continued suspension of student loan repayments, as well as his plan to issue billions in debt forgiveness, weren’t justifiable.

Those who made payments on their student debt over the course of the pandemic will receive a refund of any payments that brought their debt below the maximum relief amount — but only if they didn’t pay their loan off in full.

The Biden administration claimed that the program will cost the country about $240 billion in lost revenue over the next decade, but private estimates are higher. The Penn Wharton Budget Model estimated that the program would cost between $605 billion and $1 trillion.

Regardless of the losses, the Biden administration expressed hope that the student debt forgiveness would result in greater economic activity elsewhere such as the housing market.

Applications for the student loan forgiveness program close on December 31, 2023.