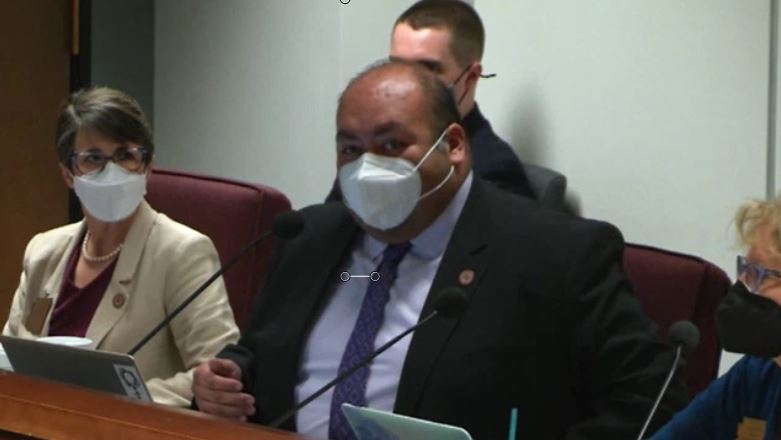 In response to the House Education Committee hearing on a bill to enhance parental rights, State Representative Daniel Hernandez (D-Tucson) implied that the fault lied with parents, not with the schools. He said that the legislature should maintain a limited government approach and not create more burdens for schools.

“We [should] encourage parents to be more involved in their children’s education,” said Hernandez. “The vast majority of parents aren’t as engaged as they should be.”

The bill in question, HB2161, was introduced by State Representative Steve Kaiser (R-Phoenix). It would prohibit any employee of the state or its political subdivisions, entities, or institutions from: withholding information from parents related to their child’s physical, emotional, or mental health; interfering in parents’ control over their child’s upbringing, education, health care, and mental health; denying or inhibiting parents’ rights to access any of their child’s written or electronic medical records, attendance scores, test scores, grades, extracurricular activities, club participation, disciplinary or psychological records, admission applications, health and immunization information, teacher and counselor evaluations and behavioral pattern reports, email accounts, and online or virtual accounts and data. Government entities or officials may only invoke control over a child’s upbringing, education, health care, and mental health if there’s a compelling government interest demonstrated.

The bill also included provisions specific to schools, such as prohibiting school districts or their employees from withholding information from parents related to purported gender identity or requested gender transitions. It also required schools to obtain written informed consent from parents prior to administering any survey soliciting personal information, as well as share a copy of the survey in question seven days prior to administering it.

Violations of the bill could result in disciplinary action to the offending employee, a $500 fine for school districts, and lawsuits against the governmental entity or official from the parents.

The bill passed the House Education Committee by a bare majority, 6-5.

During conversations of the bill, several school-related issues reported by AZ Free News were brought up: the encouragement of students to identify their given names as deadnames and instead identify by their preferred names on identification, the formation of K-12 LGBTQ clubs through an organization called GLSEN whose content focuses on the sexualization of children, the pornographic and explicit book assigned even after promised revocation at Horizon High School, and surveys that encourage students to disclose private information about their home life.

Kaiser said he would “absolutely” consider increasing the penalty to schools from $500, which Fillmore said might be too low because that amount was paltry for school districts.

Schwiebert expressed concern that forced exposure of private, more emotional conversations between a teacher and student would result in hardships for the student. Kaiser asserted that it wasn’t the teacher’s role to serve as a support system. He said he hoped he’d get a call from a teacher if his child was struggling with something, and would be horrified if they didn’t because it’s not their job.

John then asked if there was any time where a student could tell a teacher something in confidence that wouldn’t be shared with parents, exempting information involving something illegal. Kaiser said no.

In response, Udall shared that she had several teenage students in the past approach her about their underage pregnancies. Kaiser said that he didn’t have an answer for that specific situation; Udall advised that Kaiser should consider situations which would allow teachers to leave it to the children to tell their parents.

Fillmore chimed in to ask Udall if there wasn’t a duty to report teenage pregnancies; Udall didn’t have an exact answer, saying that she believed that only incidents related to abuse were those teachers were required to report.

Community members who spoke in opposition of the bill said that it violated the rights of youth, mainly an alleged right to privacy. One example came from ACLU of Arizona spokesman Jeff Esposito who said that the bill was unnecessary at best and dangerous at worst. Nguyen retorted that Esposito and his ilk were driving a wedge between parents and their children by allowing educators to decide what information parents may know.

Fillmore then asked Esposito if his only contention with the bill was the outing of a child’s sexuality. Esposito said no, but then repeated that sexuality and its impact on mental health were of paramount concern.

Fillmore challenged the notion that children had authority to do what they’d like that suits them best without parental knowledge or oversight.

In closing remarks, Blackman said that schools have no right to subvert parents’ wills or act as a parent would in certain situations. He criticized the implication that preventing government employees from serving as middlemen between parents and children would result in children facing hardships such as homelessness and drug addiction.

“When she’s going to bed at night, she’s going to my house. Not at the counselors’ house and not at the teachers house,” asserted Blackman. “Schools are trying to get in the middle where the parents should be to comfort that child, to teach that child. And all I hear is, ‘the parent has no rights.’ If the parent has no rights for those medical records, is the school going to pay that medical bill? You’re not going to do that. As a parent I have a right to know every single thing that’s going on with my child.”

Diaz added that parents are divinely ordained by God to care for their children — not schools. Diaz said he discerned from parent testimonies that a variety of God-given rights were violated by schools, including the First and Fourth Amendments.

“God created the parents to be the responsible entity for the children,” said Diaz. “Our man’s laws should be a reflection of divine law. Every parent is going to stand before God and answer for their children. And I respect you parents who have come  here and have stood for your own parental rights and for your children.”